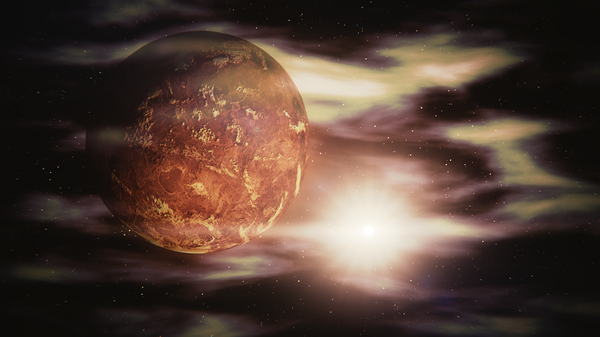 CC0 / /
Subscribe
International
India
Africa
Gaby Arancibia
All materialsWrite to the author
A spacecraft with the intended destination of Mercury is expected to make a close flyby of Venus in mid-October, providing scientists with the chance to gather additional information to back up recent revelations that the distant planet may in fact harbor life.

The spacecraft in question - BepiColombo - is part of a joint international project between the European Space Agency (ESA) and the Japan Aerospace Exploration Agency. The craft’s mission is intended to study Mercury’s composition, geophysics, atmosphere, magnetosphere and overall history.

Although BepiColombo may provide scientists with a vast amount of information on Mercury in a few years’ time, the space mission will be able to give officials further insight into Venus sooner, since the craft will have to conduct two Venus flybys as it attempts to use the planet’s gravitational pull to curb its speed before heading to Mercury.

According to the ESA, the first of the two flybys is expected to take place on October 15. Although the date of the second flyby is yet to be officially confirmed, a tentative date of August 10, 2021, has been noted.

While the agency has already indicated that the instruments aboard BepiColombo have been designed to specifically function for Mercury’s environment, the ESA has stated that the mission still has the capabilities to possibly investigate Venus’ atmosphere and ionosphere.

“It’s kind of perfect timing,” Jörn Helbert, whose team from the German Aerospace Center helps to manage instruments on the ESA’s orbiter, told Forbes. “We are now seeing if our sensitivity is good enough to do observations.”

Helbert told the outlet that he believes the Mercury Radiometer and Thermal Imaging Spectrometer (MERTIS) device aboard ESA’s orbiter would be best at studying Venus’ atmosphere, but that ultimately there is still a possibility that it may not be successful, since the device was made for Mercury and will be at a distance of over 6,200 miles from Venus.

However, the second flyby, which will place the BepiColombo at a distance of about 340 miles from the planet, may prove much more fruitful, Helbert said. And on the chance that it’s a success, MERTIS will likely be able to confirm whether phosphine gas, potentially a sign of microbial life, exists on Venus.

The agency would have to get “very, very lucky” to detect phosphine on Venus during the first flyby, Helbert said.

An international team of researchers stunned many in the science communities earlier this week after they announced that they’d discovered potential signs of life on Venus. Their study, which was published September 14 in the journal Nature Astronomy, detailed that traces of phosphine had been spotted in Venus’ hazy, yellow clouds.