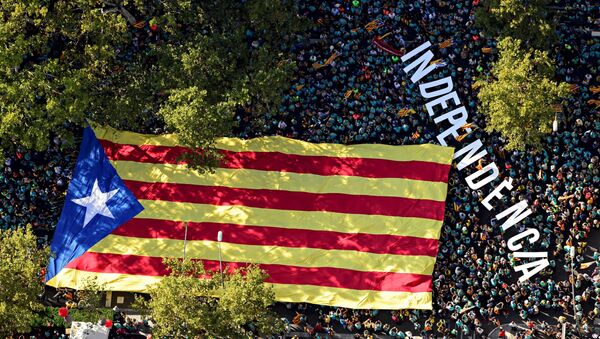 This year, organisers of the Diada rally have limited the event to a maximum of 300 participants amid coronavirus restrictions in the city.

Watch a live broadcast from Barcelona, Spain, where pro-independence Catalans are gathering on Friday to mark the National Day of Catalonia, or 'La Diada', which commemorates the fall of Barcelona to the troops of King Philip V of Spain after a 14-month siege in 1714.

The rally was organised by the Catalan National Assembly, and this time the event can bring together not more than 300 people due to restrictions imposed by local authorities amid the COVID-19 pandemic.

Activists from a Catalonia pro-independence pressure group have called for a protest near the 'Arc de Triomf' to show their support for the independence movement.