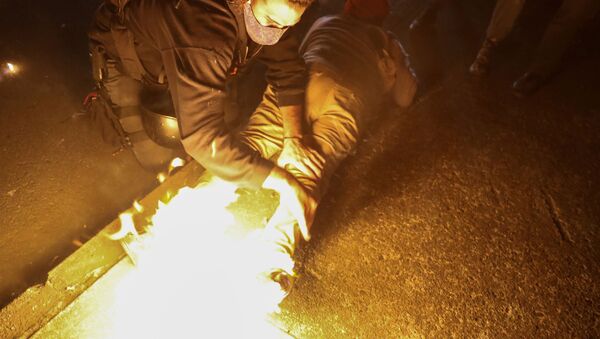 The incident occured as Portland entered Day 100 of ongoing protests against police brutality prompted by the death of an African American man, George Floyd, in May.

Demonstrators in Portland have launched Molotov cocktails at local law enforcement officers, injuring at least one community member, the police said in a statement.

The demonstration, which began on Saturday evening, was soon declared a riot.

​According to a local newspaper, law enforcement officers, in turn, used tear gas against the demonstrators, and also detained several people. As the newspaper notes, as of early Sunday morning (local time), unrest has not yet subsided in the city.

Portland and a number of other US cities have been engulfed in protests which began after the death of African American George Floyd at the hands of a police officer in Minneapolis.