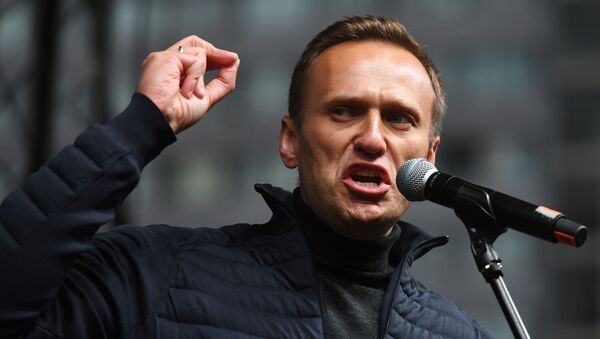 MOSCOW (Sputnik) - The way the German government is responding to the poisoning of Russian opposition figure Alexei Navalny appears to follow the scenario of the 2018 poisoning of ex-Russian spy Sergei Skripal and his daughter Yulia, Alexander Neu, the Die Linke party spokesman in the Bundestag’s Defence Committee, said on Thursday.

"So far, it looks like as the German Government's statements are following a script based on the Skripal scheme. I can not recognise the benefit for the Kremlin to plan an attack on Mr Navalny, especially with 'Novichok,' which already 'failed' with the Skripals," Neu said.

The lawmaker believes that the German government must immediately release all information on Navalny and his health, which Moscow has long urged it to do. Both the Russian doctors and prosecutors have repeatedly asked their German counterparts to share information in order to advance the investigation into the case, but neither of them has received a response.

"We do not even know whether he is really being treated at the Charite — and not, for example, in a hospital of the German Armed Forces or elsewhere," Neu noted.

Whatever the case, from the moment Navalny left Russia, his life and health became the responsibility of the Western governments, as Russian doctors in Omsk, where he was initially hospitalised, made sure to save his life, the lawmaker said, adding that these "first minutes and hours are crucial."

"So, we see that, as in the case of the Skripals, the reactions of the West are orchestrated — from Washington to NATO and the EU in Brussels to individual Western states. They all follow the Berlin 'version' of this story, without any impartial knowledge or evidence of the alleged poisoning of Navalny," Neu said.

What the Navalny case is becoming now, according to the lawmaker, is a well-known "pattern" where the West "turns itself into investigator, prosecutor, judge and executor vis-a-vis Moscow without any tangible evidence."

"The deeply anti-Russian character of the Navalny action is thus not only evident in the public propaganda against Moscow, but also in the concrete consequences in the economic and geopolitical field," Neu said.

If so, the two key objectives of it are to impose new economic sanctions on Russia and halt the construction of the Nord Stream 2 gas pipeline project — evidently, to make Moscow abandon support of Belarus and its president, Alexander Lukashenko, it was argued by the lawmaker.

World
Traces of Poison Were Found on Navalny's Skin, Bottle He Drank From, German Media Claims
Immediately after Navalny fell ill, his spokeswoman Kira Yarmysh claimed that he might have been poisoned.