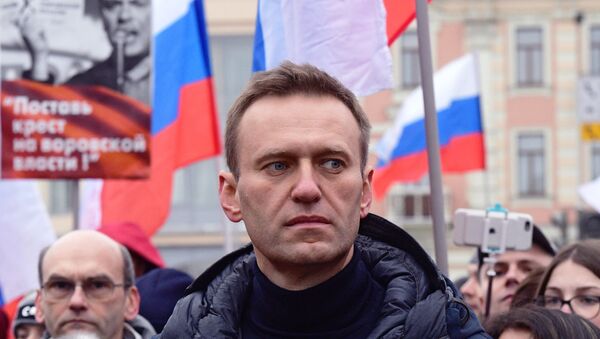 Tim Korso
All materials
German authorities earlier claimed to have found traces of a military-grade nerve agent from the Novichok group in the Russian political activist’s blood, threatening Moscow with the possibility of new sanctions over the alleged poisoning.

Traces of the nerve agent were found not only in the blood, but the urine and on the skin of Russian opposition figure Alexei Navalny, as well as on the bottle he drank from, the German magazine Der Spiegel reported, citing accounts of anonymous attendees of a Cabinet briefing on the alleged poisoning. According to the magazine, the information was presented to Cabinet members by a doctor from the Bundeswehr Institute of Pharmacology and Toxicology, who claimed there was no doubt that the poison belonged to the Novichok nerve agent group.

The same sources, according to Der Spiegel, say that Navalny purportedly drank from the bottle after allegedly coming into contact with the nerve agent, leaving traces of it on the item. The political activist's relatives reportedly kept the bottle ever since he felt unwell on board the Moscow-bound plane on 20 August, and later handed it over to German specialists.

Navalny's Hospitalisation and Transfer to Germany

After an emergency landing at the Omsk Airport, Navalny was rushed to a local hospital, where doctors spent 44 hours actively working on stabilising his condition. The activist fell into a coma and was later connected to a ventilator.

Since the first day of his hospitalisation, the activist's spokeswoman Kira Yarmysh insisted that the politician had been poisoned. She said Navalny only drank a cup of tea at the airport in the morning before his flight, but made no mention of him taking a sip from the bottle, mentioned in the Der Spiegel report. The medical workers also conducted a series of tests, but found nothing to suggest that the opposition figure had been poisoned. A preliminary diagnosis produced by Omsk doctors, consulted by colleagues from Moscow, suggested that Navalny suffered from a sudden drastic drop in glucose levels due to a metabolic imbalance.

After 44 hours, at the request of his relatives, the doctors gave a green light to transporting the patient to a clinic in Germany via a plane, provided by a German NGO. Following more than a week in the German hospital without any serious improvements to his condition, Berlin stated that Navalny had been poisoned by a military grade nerve agent from the Novichok group and suggested that the Kremlin might be behind it. German Chancellor Angela Merkel threatened the country with sanctions and demanded transparency and cooperation in the investigation into the case from Moscow. Russian authorities have refused to comment on the matter before receiving any concrete material from Berlin, proving the poisoning, and called on countries to refrain from politicising Navalny's illness.