British Lawmakers are ‘Restless’ and Boris Johnson is ‘Not a Great Decision Maker’, Commentator Says 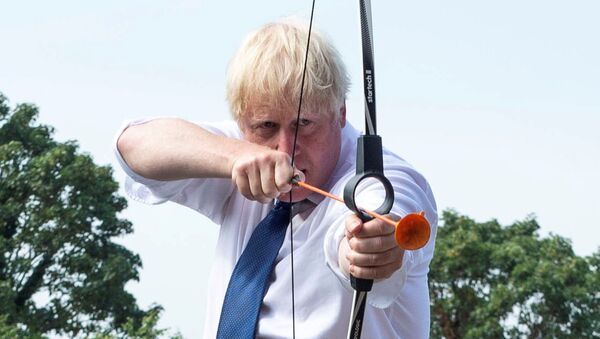 As parliament returns from its summer recess, Britain’s Prime Minister Boris Johnson is facing growing concerns and frustrations from backbench MPs who are struggling to defend government policy after a long series of U-turns.

Robin Tilbrook, Chairman of English Democrats, reflects on these comments and shares his thoughts on Johnson's leadership.

Sputnik: How significant are these comments from backbench MPs? Are they accurate in your eyes?

Robin Tilbrook: I certainly think from what I've heard that Conservative backbench MPs are restless and it's partly that of course they've, like the rest of us, have been on lockdown for so long; they haven't been disciplined by the whip to the way that they normally would and they've been able to develop a series of sort of grumbles and complaints about the way Boris has been running the government. You're right. I mean we are getting the most extraordinary U-turns at almost no notice in some cases and I think there is a sort of question mark arising about competence for the government. 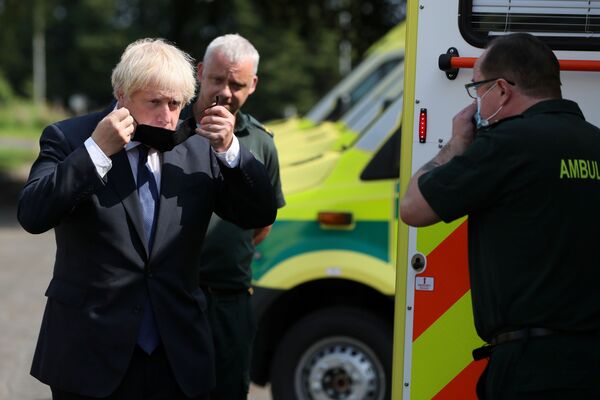 Sputnik: How would you evaluate the leadership of Boris Johnson over the last 9 months or so? Is he being clear enough in his decision making whilst living up to the expectations of the British people?

Robin Tilbrook: I think the thing about Boris is that he's a character and he's able to project his persona so that even people who don't really like his politics do actually like it but at the same time, it's got to be borne in mind that he's not a great decision-maker. I remember somebody telling me that when he was faced with the riots in London when he was the mayor of London, that he dithered and more or less sort of hid in his office for several days while this was going on. It was only when basically the pressure got onto him that he got to do something, he then started getting out there to see what was going on and when he did that he then started to; really I suppose you might say overreact rather than underreact because that was when all the talk about getting water jets to try and clear the rioters off the streets. That's when that started and of course, he then bought the equipment, which has never been used and was promptly got rid of by Sadiq Khan when he got elected. So I'm not sure he's ever really been a very great decision-maker and the trouble is his cabinet are not really the sort of people that have had much experience of running things and here they are attempting to run the country in a crisis, and they're not doing a pretty good job of it.

Robin Tilbrook: I mean on the face of it, it sounds quite unlikely doesn't it? He's one of those people who said as a young teenager that he wanted to be prime minister, he's worked hard at becoming so, all sorts of twists and turns in his career to try and bring that about. So you wouldn't expect somebody who would have focused on achieving that for so long to then give it up once he had achieved it. But on the other hand, I doubt very much he enjoying being Prime Minister. I think he's probably finding it, that it doesn't really fit his character in the way that he thinks of himself; he doesn't, I don't think, feel that he's really a somebody who wants to order everybody about and to be in charge of everything. He likes the idea of him being the centre of a social situation but I'm not sure he's quite so keen on being the centre of the administration and having to do the immense amount of work that's involved in being Prime Minister. I just don't see Boris being the sort of person who would apply himself in that kind of way. I must say I'd be surprised if Dominic Cummings resigned when Boris hadn't but I think if Boris resigned then Dominic Cummings would certainly resign. I mean, you've only got to think who would be the next tier of a possible leader in the Conservative Party? One of the things I thought was blindingly obvious with Theresa May's leadership, and Theresa May was by no normal meaning of the word a leader; she just hadn't got any leadership policies at all, and yet she was the one that the Conservative Party put up as not only their leader but the leader of the country. The amount of talent within the Conservative parliamentary party for people that could actually run the country and be the Prime Minister, and I just think they haven't really got very many people that you would want to put in charge of anything important let alone the whole country.