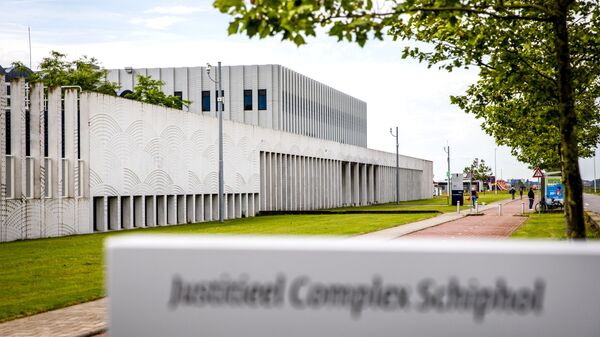 The hearings on the case, which have been ongoing for nearly half a year, are expected to continue until Friday. In July, the Netherlands announced it was filing a case against Russia with the ECHR, citing Moscow's alleged role in the incident. Russia has continuously denied involvement in the incident.

Sputnik is live from Badhoevedorp, the Netherlands where the MH17 criminal trial has resumed at the Schiphol Judicial Complex (JCS).  A court investigator began an additional probe on the 2014 crash of MH17 flight over Ukraine, as requested by the defence, the leading judge Hendrik Steenhuis said Monday.

Malaysia Airlines Flight MH17 crashed on 17 July 2014 in eastern Ukraine while en route from Amsterdam to Kuala Lumpur, killing all 298 people aboard. The accident is being investigated by Dutch prosecutors and the Dutch-led Joint Investigation Team, which claim that the plane was hit by a Russian Buk missile.

Russia, which conducted its own investigation, said it had given the Dutch team evidence, such as radar data, proving the airplane was shot down by a Ukrainian Buk missile.