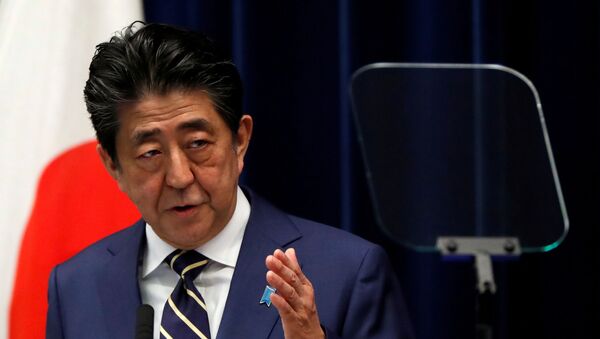 Lilia Dergacheva
All materialsWrite to the author
Despite government officials insisting this week that Shinzo Abe would not ditch his post as head of the government until his second term expires next year, with Abe himself saying he would carry on while taking care of his health, there has been widespread speculation of late about his possible resignation.

Japanese Prime Minister Shinzo Abe has told the country's ruling coalition that he is set to resign, amid a great deal of speculation about his health issues in the past weeks. He will be an incumbent prime minister until his successor is elected.

Abe said the decision to step down had been spawned by worsening health issues, as his chronic ulcerative colitis recurred, standing in the way of "making right government decisions". The outgoing prime minister went on to note that he hadn't meant to "cause trouble by resigning suddenly," Jiji quoted him as saying.

Friday saw concerns about Abe's health and speculation about his tenure grow significantly as he made at least two hospital visits over the past week, media reports have it. 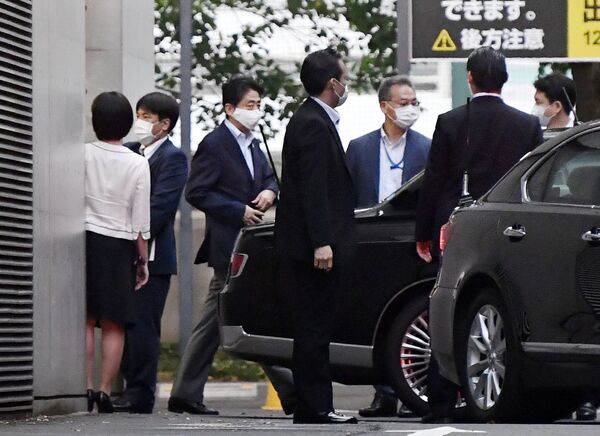 Japanese Prime Minister Shinzo Abe gets into a car as he leaves from Keio University Hospital in Tokyo, Japan, in this photo taken by Kyodo, August 17, 2020.
© REUTERS / KYODO

One of his hospital visits reportedly spanned almost eight hours, as the politician, Japan's longest-serving head of state in terms of consecutive days in office, suffers from a chronic condition, ulcerative colitis, which was in part responsible for forcing him out of office after just a year during his previous prime ministerial term in 2007.

The governing Liberal Democratic party (LDP) has so far failed to quash speculation that Abe may be unable to serve out his term, which ends in September 2021, as rumours have swirled around how his chronic conditions could impact Abe's tenure.

LDP allies stressed this week that Abe would carry on in his role until his term as party leader and prime minister comes to an end in a year. The government’s chief spokesman, Yoshihide Suga, said he met Abe twice a day and noticed nothing that could indicate he was in poor health.

"It's premature to talk about 'post-Abe', as he still has over a year left in his term", Suga said this week.

However, on Friday, the Japanese media quoted government sources as saying that Abe would consult doctors again – possibly over the phone – before he is due to speak at a press conference at 5 p.m. local time.

Abe, who turns 66 next month, has so far said little publicly about his visits to Keio University hospital, telling reporters this week that he sought to care more about his health and continue his job.

The prime minister, who began his second term as the Japanese head of state in 2012, has not indicated if his recent health issues were connected to his long-time bowel condition. When heading into the second term, he assured he could effectively control the symptoms thanks to new medicine, which hadn't been available earlier.