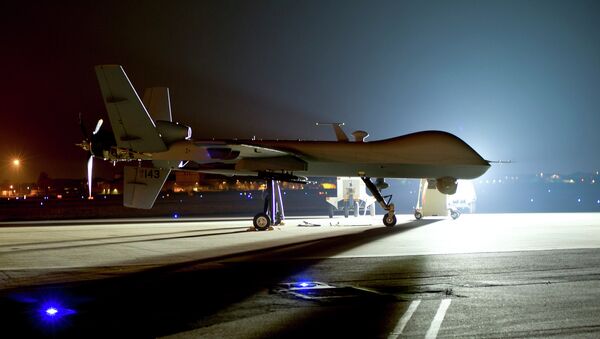 Ilya Tsukanov
All materialsWrite to the author
One US soldier and two Pentagon contractors were killed at a military base in Manda Bay, Kenya in January in an attack carried out by al-Qaeda-affiliated Somalia-based terrorist group al-Shabaab. The US responded to the attack by beefing up its Kenya presence, and assassinating the two terrorists believed responsible in an airstrike in February.

Private US military contractors are deeply involved in the ‘kill chain’ of the Pentagon’s East Africa drone strike operations being run out of Kenya, the Organized Crime and Corruption Reporting Project (OCCRP), a US-based non-profit media platform, has reported.

Citing flight tracking data and geo-coded airstrike information, the OCCRP found that US surveillance aircraft flying out of Camp Simba on Manda Island, Kenya to Somalia are contractor-owned, with owners’ identities hidden behind limited liability companies. These aircraft include at least one privately owned Gulfstream jet, and major contractors are said to include L3Harris Technologies and AEVEX Aerospace. The former saw two contractors killed and a plane destroyed in the January 5 al-Shabaab attack at Manda Bay.

A US Africa Command spokesperson also confirmed that “contractors may operate an armed drone,” but said that “they cannot make the decision to deploy the weapon system.”

“For example, Contractor personnel may make technical decisions related to collection and operation of an armed drone, such as routing the collection asset. However, decisions requiring an exercise of substantial discretion or value judgement when applying [Department of Defence] authority, such as the employment of kinetic effects or the decision to target a particular military objective, must be taken by a military member,” the spokesperson specified.

USAFRICOM maintains that the use of contractor pilots and planes for intelligence collection activities is entirely within the bounds of the law. However, Sean McFate, a former military contractor said that the Pentagon’s “ethical standard of who can pull the trigger has been slowly eroding over the last 30 years,” with contractors initially meant only to analyze data, not engage in its actual collection. 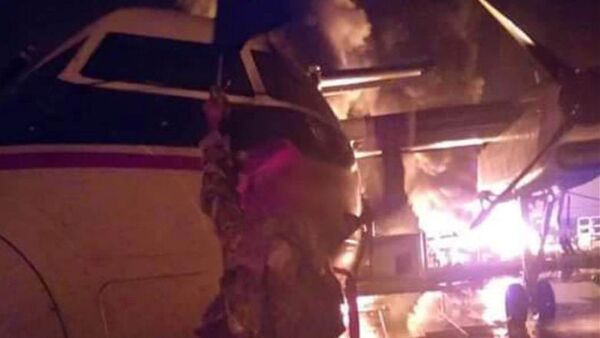 Africa
One US Soldier, Two Pentagon Contractors Killed in Daesh Attack in Kenya - Command
The OCCRP says the Air Force program for awarding of contracts to private contractors, known as Big Safari, is vulnerable to corruption due to lack of oversight, including the heightened chance of contracts being won by companies connected with former military and intelligence officials. Big Safari has reportedly won nearly $158 billion in contracts over the past twelve years.

However, USAFRICOM says that the Air Force “remains satisfied that the acquisition practices utilized by Big Safari are in accordance” with all laws, regulations, DoD instructions and guidance.

The OCCRP also found that military contractors are popular among major global investment firms, with investors ranging from pension fund operators to foundations such as the University of Iowa’s endowment fund involved in AEVEX-related transactions. L3Harris, meanwhile, is partially owned by hedge fund giant BlackRock.

The United Nations has expressed concerns over US operations in Somalia, with air strikes said to put civilians at risk, while rights groups have accused the White House of a lack of transparency on the drone strikes being carried out in that war-torn country.

The US military has carried out 42 airstrikes into Somalia since January 5, when the Camp Simba attack took place. By comparison, the US conducted 63 airstrikes in 2019. The US began drone strikes in Somalia in 2007 and has ramped them up significantly since 2016. Airwars, a non-profit collecting and analyzing data on civilian casualties in conflicts around the world, estimates that up to 145 civilians have been killed in these strikes since 2017.

According to the OCCRP, tens of thousands of people from Lower Shabelle, Somalia, where many of the US drone strikes have taken place, have also been forced to flee to a refugee camp outside Mogadishu amid fears of being caught in the crossfire.