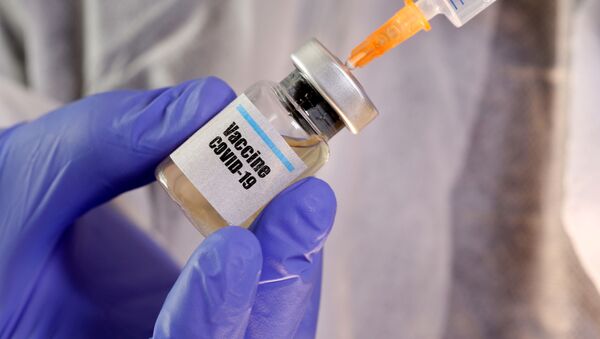 As India is feverishly working on a COVID-19 vaccine, the country's main opposition party Congress has demanded that a strategy be prepared for "affordable and fair distribution" that provides "inclusive and equitable" access to the medicine for all.

Key Congress party politician and parliamentarian Rahul Gandhi on Friday stated on Twitter that India will be a COVID-19 vaccine-producing nation.

India will be one of the COVID-19 vaccine-producing nations.

GOI must do it now.

The vaccine has been developed from virus strains separated by the National Institute of Virology under the Indian Council of Medical Research (ICMR).

The National Institute of Virology handed over the strains to Bharat Biotech in June this year for development of the vaccine.

Similarly, another Indian pharmaceutical company in the race for a COVID-19 vaccine is Zydus Cadila. Like Covaxin, Zydus Cadila’s ZyCoc-D is also undergoing phase II trials.

The results of the phase II trials of both vaccines are likely to be ready in a few weeks after which the Drug Controller General of India (DCGI) – the country’s apex drug quality control organisation – will make a call whether to initiate commercial use of the vaccine on the basis of the phase II trial findings or await phase III results.

Additionally, the DCGI has also permitted the Serum Institute of India (SII), a manufacturer of immunobiological drugs including vaccines, to conduct phase II and phase III human trials of Oxford’s COVID-19 vaccine in India. Phase III clinical trials for the Oxford vaccine have already started in the US and Brazil.

Oxford University has tied up with AstraZeneca for the COVID-19 vaccine, believed to be in an advanced stage.

The institute has dedicated two of its facilities only for the manufacture of the vaccine, holding all other production once the vaccine manufacturing begins.

The SII also entered into agreements with the Bill and Melinda Gates Foundation last week and the vaccine alliance Gavi for the supply of 100 million doses of the upcoming vaccines in India and other nations.

Meanwhile, earlier this week, after trials on two groups of volunteers, Russia’s Gamaleya Research Centre announced that it had created the first vaccine for the coronavirus.

The Russian vaccine is a two-component treatment based on the human adenovirus, which, according to scientists, makes people develop immunity to the virus for at least two years.

Meanwhile, COVID-19 cases in India appear to be galloping ahead. According to the Indian Ministry of Health and Family Welfare, the total caseload has topped 2.46 million, while the pandemic has claimed 48,040 lives. However, over 1.75 million people have been discharged or cured as well.