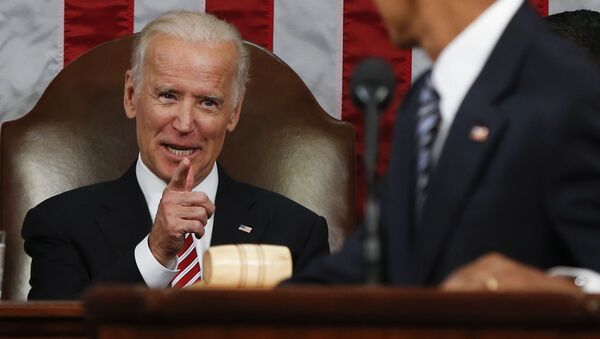 Tim Korso
All materialsWrite to the author
Accounts of aides of both the former president and his VP suggest that Biden was not endorsed by Obama as a presidential candidate in 2016, not because of the tragic death of his son, but because he did not see him as one.

Over at least the past two years the former two-term Democratic president and his right hand man have been said to have meticulously created an image of being close friends. In 2019, Biden tweeted a 'best friends' bracelet made for Best Friends Day, featuring his and Obama's name together. Some former administration employees interviewed by Politico suggest, however, that everything was not as smooth between the former Oval Office team.

While the majority of those asked claimed that the two enjoyed a "genuinely close personal relationship", some staffers recalled events that suggested a contrary tale, claiming that Biden's "old, outmoded style of politics" was not always taken well by Obama and his team, despite the VP being helpful on several occasions in handling matters in Congress for the president.

The outlet also recalled the account of former FBI Director James Comey from his memoirs, who described cabinet meetings in Obama's administration, as the president "heading a conversation very clearly in Direction A" and Biden jumping in at some point to give his perspective. According to Comey, Obama would patiently listen to his VP heading in a completely different direction, but would ultimately stick to his own plan.

"Obama would politely agree, but something in his expression suggested he knew full well that for the next five or 10 minutes we would all be heading in Direction Z. After listening and patiently waiting, President Obama would then bring the conversation back on course", Comey wrote.

This revelation comes ahead of the November election, in which Biden is leading essentially under the motto of taking down Trump and reviving Obama-era progressive politics. The former vice president gave the appearance to some that he was copying the former Democratic president by choosing his running mate, Kamala Harris, from former primary rivals, as he himself had been chosen by Obama in 2007.

000000
Popular comments
Joe was losing it then. Imagine how far gone he is now.