When Will UK's Economy Overcome COVID-Related Recession & Return Back on Track? 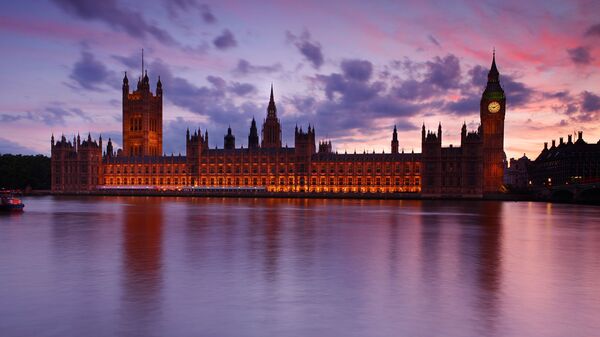 The UK has entered a recession for the first time in 11 years as its economic output plunged by 20.4% in the second quarter following a 2.2% slide earlier this year, according to the Office for National Statistics (ONS). British academics have discussed the causes of the economic slowdown and the steps to halt the slump.

“I’ve said before that hard times were ahead, and today’s figures confirm that hard times are here", Chancellor Rishi Sunak told Sky News on Wednesday. "Hundreds of thousands of people have already lost their jobs, and sadly in the coming months many more will".

Although the chancellor expressed hopes that the British economy would bounce back as soon as people get adjusted to the “new normal” after the easing of lockdown restrictions, the National Institute of Economic and Social Research (NIESR) predicts that the country's GDP will not return to its 2019 level until 2023 or 2024.

UK May Return to Normal in Six Months

"The main reason for this recession is of course the COVID-19 pandemic crisis and the hysteria which it has instilled in the public", suggests David Collins, professor of international economic law at City, University of London.

One of the major reasons behind the recession is the government’s decision to impose a lockdown, which at a stroke undermined the economy by depriving it of both workers and consumers, according to Alan Sked, an emeritus professor at the London School of Economics and Political Science

"Logically the best way of allowing the economy to recover is to put an end to the lockdown", he says. "Unfortunately, however, the government like the public now sees the lockdown as a comfort blanket and many have been scared out of their wits and fear to leave their homes".

The professor refers to broader testing in northern England, which found 14 new cases and "panicked the government into locking down” most of the region all over again in early August.

The death rate has dropped by 90%, while hospital admissions have fallen 96%, Sked highlights, bemoaning the fact that the government is already panicking over a second wave.

However, the UK was worse hit by the virus than most countries due to its population density and status as a hub for international travel, according to Collins, who adds that this was exacerbated by two factors:

·         the refusal to close the border in the early weeks of the pandemic;

·         the British healthcare system's failure to conduct testing at an early stage.

While it would be an exaggeration to say that the British government handled the pandemic worse than its peers in Europe or other parts of the world, it now seems evident that the economic crisis has been more profound in the UK because of the level of panic which was deliberately created with a view to restricting the spread of the virus, the academic elaborates.

"The domestic media was quick to spread this fear and the public responded accordingly by largely refusing to return to normal activities, in contrast to the more measured behaviour seen in many other countries", Collins highlights.

Despite the NIESR's gloomy prognosis, the professor is optimistic, foreseeing that there will be no significant second wave of infections and suggesting that the country's economy will slowly get back on track over the next six months.

"We can expect a return to pre-COVID levels of GDP growth by this time next year", he believes. 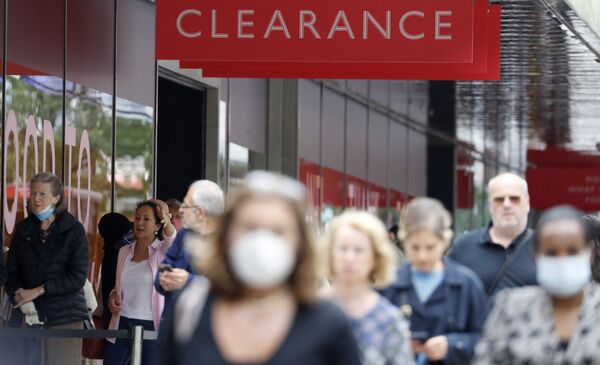 COVID-Related Recession Will Haunt UK for Quite a While

"The UK is likely to miss out two years of economic growth and its effects are going to be felt for long time", argues Sunil Poshakwale, professor of international finance at Cranfield University, England.

According to Poshakwale, the UK GDP's nosedive was largely caused by the fact that the COVID-19 pandemic and subsequent lockdown severely hit the service sector comprising finance, retail, entertainment, trade, tourism, real estate, and hospitality, which contribute over 75% to the British economy.

At the same time, the European Union (EU), which is the UK's largest single trading partner, has been badly affected by the consequences of COVID, causing a significant slowdown in trade with the UK, the academic points out.

The negative consequences of the nationwide lockdown on the UK's economy can't be overemphasised either, according to the professor: "This has had an adverse impact on business and consumer confidence leading increased unemployment and applications to access universal credit despite the government’s financial support via furlough scheme", he says.

Still, he praises the timely interventions by the chancellor to support employment: these measures helped keep many jobs and to some extent the economy afloat, Poshakwale notes, suggesting that "the real economic impact could have been much more severe".

Steps Required to Get UK Out of Recession

While forecasts for Britain's economic recovery remain vague, there are six steps which could prove instrumental in overcoming the COVID-related recession, according to Sunil Poshakwale:

·         First, for people who cannot work from home and to start working again, development and administration of a vaccine is a must. Additional schemes will be required to support re-training and opportunities for reemployment.

·         Second, the Bank of England (BOE) could further cut the interest rates, which are already close to zero. However, with declining inflation, a reduction in interest rates could reduce the cost of borrowing to help businesses to ride over the difficult period and encourage people to spend more.

·         Third, the UK government will need to continue to financial and policy support to restore the damaged business and consumer confidence. An early withdrawal of the life-support could lead to fatal consequences.

·         Fourth, there is a need to set out a clear path ahead by communicating how long the government support will continue and under what circumstances this will be reduced or withdrawn to a avoid cliff-edge drop in support.

·         Fifth, the provision of liquidity support could help avoid future bankruptcies for businesses who may find it difficult to repay the additional debt burden created by the need to survive during the pandemic.

However, even if the British government injects all its efforts and resources in the different spheres of the UK's economy, including investment, education, and training, positive changes won't happen overnight, the professor observes.

To complicate matters further, the national debt is likely to exceed 100% of the country's GDP as the government is expected to increase its borrowing to continue support spending which, together with a significant decline in tax revenues, will leave a big hole in the government finances, Poshakwale says. The latter circumstance may increase the debt burden that is likely to drag the economic recovery, he adds.