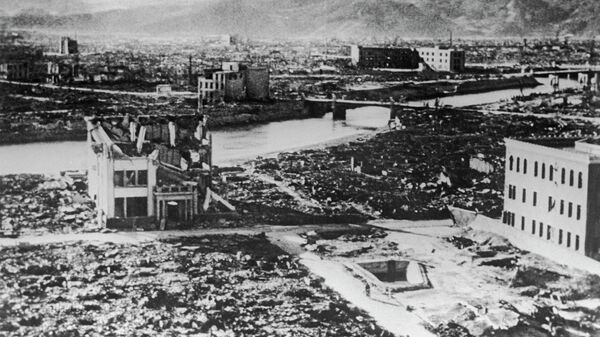 TOKYO (Sputnik) – Hiroshima Mayor Kazumi Matsui called on Thursday on the Japanese government to join the Treaty on the Prohibition of Nuclear Weapons during his speech at the ceremony of commemorating the 75th anniversary of the city’s nuclear bombing.

The ceremony started in the Hiroshima Peace Memorial Park and included a minute of silence at 8:15 am (23:15 on Wednesday GMT), the exact time of the nuclear explosion over the city on 6 August 1945.

“We want the Japanese government to listen to the feelings of the bombing’s survivors and join the treaty”, Matsui said in his speech.

Representatives of 80 countries are taking part in the ceremony, but the number of participants is much lower than in previous years because of the COVID-19 pandemic.