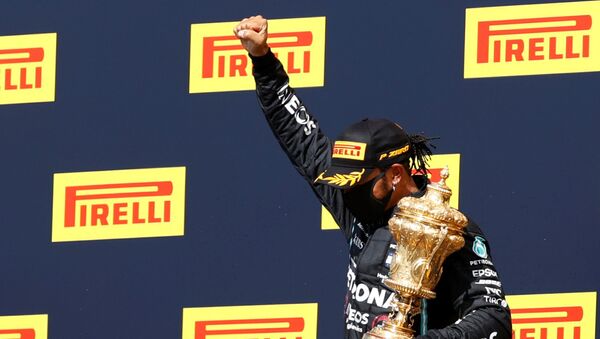 000000
Popular comments
Nobody cares about F1 or even football for that matter anymore. This tax avoiding cheat is repulsive no matter how many GPs he's won or going to win.

kernel.panic999
2 August 2020, 23:35 GMT1
000000
Interesting for me at least. The only reason I clicked on this was to see if people cared about this or cared at least on this site. The only other post started "Nobody cares...." Kernel does go on to make other valid points but for me are outside my initial interest.
ian
3 August 2020, 04:07 GMT
000000
Newsfeed
0
New firstOld first
loader
LIVE
Заголовок открываемого материала
Access to the chat has been blocked for violating the rules . You will be able to participate again through:∞. If you do not agree with the blocking, please use the feedback form
The discussion is closed. You can participate in the discussion within 24 hours after the publication of the article.
To participate in the discussion
log in or register
loader
Chats
Заголовок открываемого материала
Worldwide
InternationalEnglishEnglishMundoEspañolSpanish
Europe
DeutschlandDeutschGermanFranceFrançaisFrenchΕλλάδαΕλληνικάGreekItaliaItalianoItalianČeská republikaČeštinaCzechPolskaPolskiPolishСрбиjаСрпскиSerbianLatvijaLatviešuLatvianLietuvaLietuviųLithuanianMoldovaMoldoveneascăMoldavianБеларусьБеларускiBelarusian
Transcaucasia
ԱրմենիաՀայերենArmenianАҧсныАҧсышәалаAbkhazХуссар ИрыстонИронауОssetianსაქართველოქართულიGeorgianAzərbaycanАzərbaycancaAzerbaijani
Middle East
Sputnik عربيArabicArabicTürkiyeTürkçeTurkishSputnik ایرانPersianPersianSputnik افغانستانDariDari
Central Asia
ҚазақстанҚазақ тіліKazakhКыргызстанКыргызчаKyrgyzOʻzbekistonЎзбекчаUzbekТоҷикистонТоҷикӣTajik
East & Southeast Asia
Việt NamTiếng ViệtVietnamese日本日本語Japanese中国中文Chinese
South America
BrasilPortuguêsPortuguese
NewsfeedBreaking
00:26 GMTJan. 6 Panel Unanimously Votes to Hold Trump-Era DoJ Official Jeffrey Clark in Contempt of Congress
YesterdayTrump May Reportedly Self-Publish Memoir Over Fears of Lowball Advance by Top Publishing Firms
YesterdayHigher US Business Costs Pressure Led to Upped Inflation in November - Federal Reserve
YesterdayMeta Removes Accounts in Belarus, China, Poland for 'Inauthentic Behavior' – Official
YesterdayTurkish Finance Minister Elvan Resigns Amid Record Drop in Value of Lira
YesterdayDPRK’s New Nukes & Missiles Force US, South Korea to Rethink War Plans - Report
YesterdayAlec Baldwin Claims He ‘Didn’t Pull the Trigger’ in Tragic Death on Set of ‘Rust’
YesterdayUS Stocks Drop Nearly 500 Points After Omicron Case Emerges in California
YesterdayWomen's Tennis Association Suspends Tournaments in China Due to Situation With Peng Shuai
YesterdaySuspected Michigan School Shooter Charged With Terrorism, Four Counts of Murder
YesterdayAmerican Author Alice Sebold Apologises to Man Cleared of Her Rape After Spending 16 Years in Jail
YesterdayControversy Over Messi's Ballon d'Or Win Escalates as Ronaldo Backs Claims That PSG Ace Stole Award
YesterdayVideo: Russian Scientists Unveil Biomedicine Application for Shape-Memory Alloy
YesterdayMacron Calls BoJo 'Clown' With 'Attitude of Good-For-Nothing', French Media Claims
Yesterday'UFO Cloaked Inside Cloud' Spotted Above Florida, Blogger Claims
Yesterday'Sending a Message': Space Force General Claims US Satellites Are Attacked on Daily Basis
YesterdayCalifornia Health Officials Identify First Case of Omicron Covid Variant in United States
YesterdayRepublicans Fear 'Civil War' in Wake of Ilhan Omar Scandal, Voice Concerns About 2022 Midterms
YesterdayDeath Toll From Michigan High School Shooting Rises to 4
YesterdayWhat Pushed Donald Trump to View US Intelligence Community With Suspicion During His Tenure