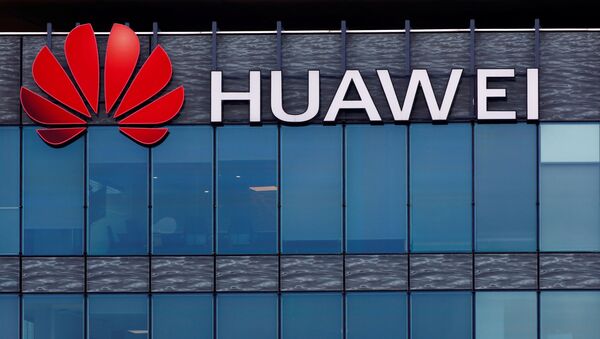 Demond Cureton
All materialsWrite to the author
The meteoric success of the world's largest IT equipment provider was "remarkable" and was due mainly to the ongoing COVID-19 pandemic, according to analysts. The gains follow setbacks from Washington's ongoing trade war with China and a major backtrack in UK policy toward the Chinese tech firm.

Huawei Technologies has become the world top smartphone maker in the second quarter this year, beating Samsung and Apple for the first time in history, according to data from market research firm Canalys this week.

The news comes despite the ongoing battle with US trade restrictions and Washington's campaign to block the Chinese tech giant from deploying 5G networks in some countries.

According to Canalys, roughly 55.8m smartphones were shipped by the Shenzhen-based firm in Q2, a drop of 5 percent from the same period last year, but the report added Samsung came in second as sales plummeted 30 percent to 53.7m handsets.

“Huawei has taken full advantage of the Chinese economic recovery to reignite its smartphone business,” senior Analyst Ben Stanton said in a statement.

He added that Samsung had a "very small presence" in China, or less than 1 percent of market share, with core markets across Brazil, the United States, India and Europe "ravaged" by lockdown measures and outbreaks.

Despite a 27 percent fall in overseas shipments in Q2 over US government restrictions, Huawei had managed to keep a "dominating presence" in its mainland market.

Domestic shipments has increased 8 percent in Q2, with other 70 percent of smartphones being sold in mainland China, he added.

“Taking first place is very important for Huawei. It is desperate to showcase its brand strength to domestic consumers, component suppliers and developers. It needs to convince them to invest and will broadcast the message of its success far and wide in the coming months. But it will be hard for Huawei to maintain its lead in the long term, analyst Mo Jia said.

Key regions such as Europe were "increasingly wary" of Huawei devices and were diversifying brands in the market, he said, adding: "Strength in China alone will not be enough to sustain Huawei at the top once the global economy starts to recover."

Huawei Set to Top Samsung In Global Smartphone Sales for Third Month Despite US Trade War, Tech Ban
The news comes after Qualcomm announced it had inked a multi-year deal with Huawei, causing its stocks to skyrocket 12 percent.

“We are pleased to have successfully reached resolution with Huawei. With the signing of the Huawei agreement, we are now entering a period in which we have multi-year agreements with every major handset OEM,” chief executive Steve Mollenkopf said.

The upsurge in new deals follows a July reversal of a key UK decision earlier this year to allow Huawei to build British 5G and full-fibre networks, with government ministers citing concerns over US sanctions.

Washington also designated Huawei and ZTE as national security threats in late June, accusing the Chinese firms of having close ties to the Chinese Communist Party and Chinese military, without going into detail or providing evidence. The Trump administration also extended trade restrictions on Huawei, ZTE and over 70 Chinese firms a further year in May.

Huawei and the Chinese government have repeatedly denied Washington's claims that the former's IT networks could be used to spy for Beijing while demanding to see evidence, which has not been provided by the US to date.