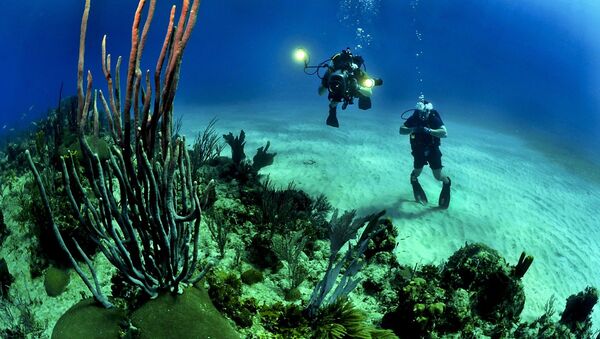 CC0 / /
Subscribe
Fabien attempts to continue his family tradition. In the 1960s, Jacques-Yves Cousteau built underwater villages as part of the Conshelf projects, aimed at creating an environment where explorers could live and work. Back then, Aquanauts lived at a depth of 36 feet (almost 11 meters) for two weeks in the Red Sea.

Fabien Cousteau, the grandson of legendary explorer and innovator Jacques-Yves Cousteau, wants to build an underwater version of the International Space Station. Fabien, who followed in his grandfather’s footsteps and became an explorer and environmentalist, said building such an aquatic habitat and operating it for three years would cost $135 million, which he is attempting to raise. Fabien did not reveal the funders, but the project’s partners include Northeastern University, Rutgers University, both from the United States, and Caribbean Research and Management of Biodiversity Foundation, a Curaçao-based non-profit organization.

Designs for the world's largest underwater research station and habitat have been unveiled by aquanaut Fabien Cousteau and Industrial designer Yves Béhar. The 4,000-square-foot modular lab, named Fabien Cousteau's Proteus, will sit 60 feet under water off the coast of #Curaçao pic.twitter.com/qLO1xewt8K

​The project Proteus, named for the Greek primordial sea god, will be an underwater laboratory of more than 370 square-meters (or 4,000 square feet) at a depth of 18 meters (60 feet) in the Caribbean Sea, near the island of Curaçao. The main objectives of the project include medical research and studying food sustainability and the consequences of climate change. It can host up to twelve scientists at once.

"As our life support system, the Ocean is indispensable to solving the planet's biggest problems. Challenges created by climate change, rising sea levels, extreme storms and viruses represent a multi-trillion-dollar risk to the global economy. Proteus, contemplated as the first in a network of underwater habitats, is essential to driving meaningful solutions to protect the future of our planet. The knowledge that will be uncovered underwater will forever change the way generations of humans live up above", said Cousteau in the press release.

Proteus is designed as a two-story circular building with several modular pods resembling bubbles. They will function as laboratories, medical bays, sleeping rooms, bathrooms, life support systems and storage. One of the pods will also serve as a moon pool so submersibles can dock. The pods are detachable and the whole structure may be adapted to specific needs.

​According to Fabien Cousteau’s plan, Proteus will get power from the wind, Sun and ocean. It will also feature a unique underwater greenhouse where the researchers will grow plants for food, as under the ocean, Cousteau said, “you crave fresh food”. The grandson of the legendary explorer said the coronavirus pandemic has delayed the project.