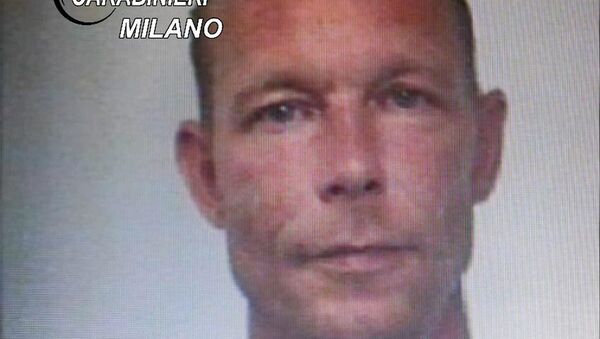 The victim of the rape has previously identified her attacker as “white, slim, with blonde hair, blue eyes and possibly German”.

A German drifter identified as Christian Brueckner, who was previously named as the prime suspect in the case of Madeleine McCann, may also turn out to be the perpetrator of a rape that took place in Portugal back in 2004, as local authorities have reopened the investigation into that previously unsolved case, Sky News reports.

According to the media outlet, the victim of said rape, Hazel Behan, has contacted the Scotland Yard Madeleine squad after becoming aware of Brueckner being convicted for raping an American woman in circumstances "strikingly similar" to those of her own tragedy.

In 2004, Behan, then a 20-year old holiday rep, arrived in Praia da Rocha on the Algarve coast, where she was attacked in her own apartment by a masked man who climbed inside through the balcony.

The perp held a knife to the woman's throat and, having tied her up, proceeded to repeatedly rape her before fleeing through the balcony, leaving his victim bleeding.

"My mind was blown when I read how he had attacked a woman in 2005, both the tactics and the methods he used, the tools he had with him, how well he had planned it out", Behan told The Guardian. "I puked, to be honest with you, as reading about it took me right back to my experience."

She also complained that she was treated badly by detectives in Portugal, who abandoned the investigation after eight months without identifying the suspect whom Behan described as "white, slim, with blonde hair, blue eyes and possibly German", Sky News adds.

Now, the cops are looking into whether they could build a case against the suspect, with one source telling the media outlet that "detectives are looking again for new evidence and the investigation is reopened."

The investigation, however, might be hampered by the fact that "vital forensic evidence with potential DNA", related to Behan's case, was destroyed on the orders of a judge, as is apparently common practice in "Portuguese cases where no suspect is identified".