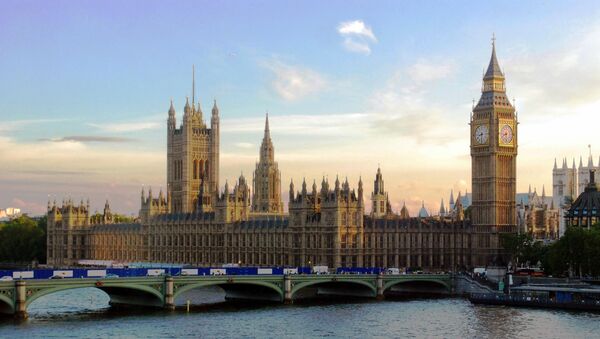 Parliament’s Intelligence and Security Committee’s long-awaited ‘Russia report’ was published the morning of 21st July, and prompted fevered comment and responses from across the political aisle in the UK.

Julian Knight, the Conservative MP who chairs the Commons culture committee, said he urged the government “to get on with long promised legislation to protect against online harms piles on the evidence, should it be needed, that there can be no excuse for further delay”.

The predecessor DCMS committee [see 12.12pm] repeatedly sought information from the government about the level of suspected Russian interference in politics and called for an independent investigation to uncover the impact of disinformation here in the UK and globally.

​Conversely, Brexit Party leader Nigel Farage slammed the document, and “years of lies and smears from Remain politicians and much of our media”, saying “there is no evidence of Russian involvement with Leave.EU” or himself.

“It was all a hoax — apologies are now required,” he concluded.

Asked if she agreed with calls for a full inquiry in the contents of the report, Nicola Sturgeon, Scottish first minister, told reporters it wasn’t for her to launch, but the UK government, although she had “no objection” to further investigation. She was nonetheless equivocal on whether she believed its claims of Russian interference in the 2014 independence referendum.

“I only know what I’ve read in the report this morning which is about three lines and footnote which seems to suggest evidence the committee was able to source wasn’t UK intelligence or security information, so I don’t know that. But the UK government should be taking greater steps to find out…This is a report that has been kept hidden from the public for months. Now that it’s out there the questions that should be asked are for the UK government,” Sturgeon explained.

​For its part, Downing Street has refused to launch a probe into allegations of Russian 'meddling' in the Brexit vote – allegations the report caveated by the acknowledgement that if there were any efforts to meddle in the referendum, they weren’t successful. MI5 only provided the committee with “six lines of text” when asked for a statement on any Russian attempts to influence the Brexit vote.

The ISC said the UK Intelligence Community should now write an assessment of "potential Russian interference in the EU referendum" and publish an "unclassified summary”, as it was “important to establish whether a hostile state took deliberate action with the aim of influencing a UK democratic process”.

However, the UK government’s official position is it saw "no evidence of successful interference in the EU referendum” and as a result “a retrospective assessment of the EU Referendum is not necessary”.

“It’s extraordinary Boris Johnson took the political decision last October ahead of the general election to block the publication of this important report that systematically goes through the threat Russia poses to the UK's national security. The report is very clear that the Government has under-estimated the response required to Russia and it is imperative we learn the lessons from the mistakes that have been made,” Shadow Foreign Secretary Lisa Nandy added.

​Elsewhere, calls went up for tightening up donation rules for the House of Lords, after the report suggested for its members to be subject to the same rules as MPs, who are required to declare any individual donations over £100. However, it’s up to the Lords' Conduct Committee to make the rules on donations, and the government is “confident” it will give due consideration to the recommendations.

Former committee chair Dominic Grieve told Sky News that “somebody took their eye off the ball or didn't actually put their eye on the ball in the first place”, but when asked whether he thought this was because the Prime Minister was on the "winning side" of the referendum, he said he did not want to speculate.

Labour will ask be an urgent question on the ISC report in parliament tomorrow.