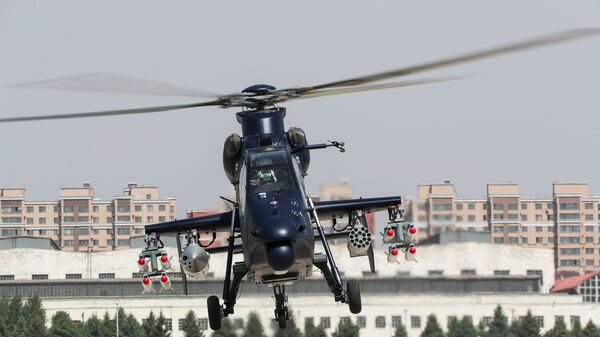 The Global Times recently reported on the test, noting an undisclosed type of helicopter had performed the test at a PLA site in Alxa, Inner Mongolia, on June 22. The test was successful.

"In the whole world, [the missile] is in a leading position," an unidentified employee of the Aviation Industry Corp of China told China Aviation News, a company-affiliated publication, on Tuesday.

“The missile is likely to excel at range, accuracy and power, making it a nightmare for hostile tanks and fortifications,” Global Times wrote, citing aviation experts.

The report revealed little else about the missile except its existence. However, experts told the Global Times that in order for it to be “world-leading,” it would have to boast not only long range, but high accuracy and a powerful warhead to boot. This would make it a danger to many armored formations.

The South China Morning Post reported the missile had the ability to deflect enemy jamming efforts and could be fired by multiple types of helicopters.

“An all-purpose munition could speed up the response and also largely improve its overall combat capability,” Song Zhongping, a military analyst in Hong Kong, told the Post.