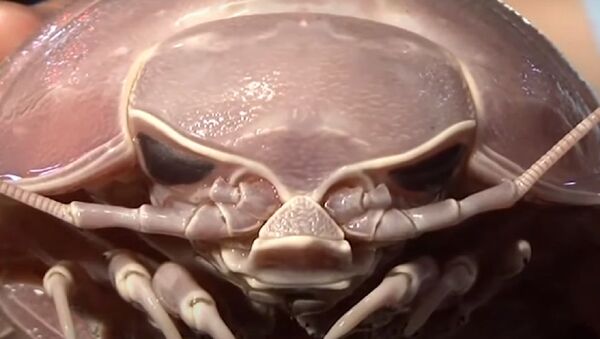 The marine survey which resulted in the discovery of the sea creature in question, also reportedly yielded a number of other “unrecorded” species.

A peculiar sea-dwelling creature that was discovered in the depths of the Indian Ocean has finally been properly identified, the Daily Mail reports.

The creature, which the newspaper describes as a "sea cockroach" which bears a certain resemblance to the iconic villain from the Star Wars saga, Darth Vader, was apparently found during a survey off the coast of Banten, Western Java, Indonesia back in 2018.

With its new formal name being "Bathynomus raksasa", the creature turned out to be a giant isopod – a type of crustacean distantly related to crabs and shrimps, which dwells on the ocean floor and feeds on the remains of dead marine creatures.

"The discovery of a new species is a great achievement for a taxonomist, especially a spectacular species in terms of size and even the ecosystem where the species is found,' Cahyo Rahmadi of the Indonesian Institute of Sciences told the BBC.

The marine survey in question was conducted at depths ranging from 800 meters to 2,100 meters, and resulted in the collection of some 12,000 deep-sea creatures "comprising 800 species in total, of which 12 were unrecorded", the Daily Mail adds.