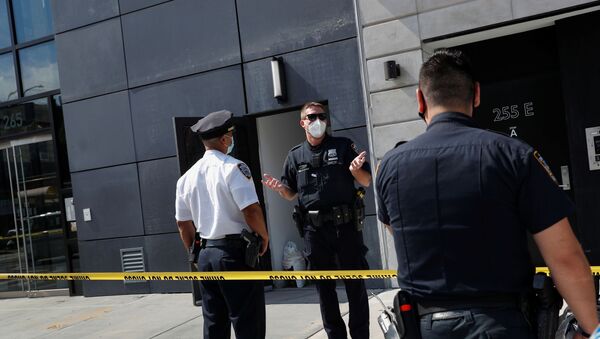 The manner in which the entrepreneur was killed has reportedly led the authorities to believe that the deed was carried out by a professional.

Fahim Saleh, millionaire and owner of Nigeria-based motorbike hailing service Gokada, has been found dead in his luxury apartment in New York City, with his body decapitated and dismembered.

According to the Daily Star, Saleh's body was cut up by a power saw that was found at the scene "still plugged in", while his body parts were "sorted into different plastic bags".

The deceased was last seen on surveillance footage taken on 13 July, as he entered the elevator in his building. The video also shows a masked and gloved suspect entering the elevator.

"The perp had a suitcase. He was very professional," one police source said as quoted by the newspaper.

The victim reportedly appeared "puzzled" during the elevator ride, while the attack apparently occurred the moment Saleh stepped out of the elevator which opens directly into his apartment.

As the newspaper points out, the manner of the killing led the authorities to believe that the deed was performed by a professional.

"We have a torso, a head that's been removed, arms, and legs. Everything is still on the scene. We don't have a motive," said NYPD spokesman Sgt. Carlos Nieves.

Saleh's body was discovered by his sister in the afternoon on 14 July, with the New York Times pointing out that cops are now investigating whether her arrival might have prompted the killer to flee the scene.