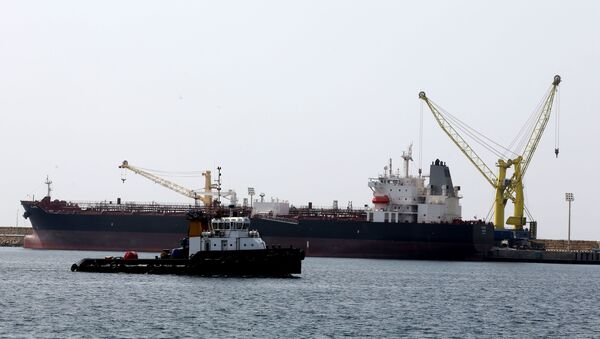 Iran has seen a wave of explosions and fires around its military and industrial facilities since last month.

At least three ships are on fire at an industrial ship plant in Iran's southern city of Bushehr, according to the official IRNA news agency.

The Tasnim agency says the number of ships that caught fire is seven.

Breaking: Iran says at least seven ships have been burnt after a large fire at the Bushehr port in southern Iran. The cause of the fire is unknown. pic.twitter.com/bamYDG9iNG

Appears a bunch of ships are on fire near Bushehr #Iran #Bushehr .. pic.twitter.com/iXzMwH86k5

​No injuries have so far been reported. The cause of the fire is still unknown.

A series of fires and explosions have taken place at Iran's industrial and military facilities since late June.

On 2 July, a blast occurred at the Natanz nuclear site, which is Iran’s primary uranium processing facility.

No casualties or leaks of radioactive materials were reported after the blast. However, reports emerged citing unnamed Iranian officials suggesting that Israel was responsible for the blast at Natanz.