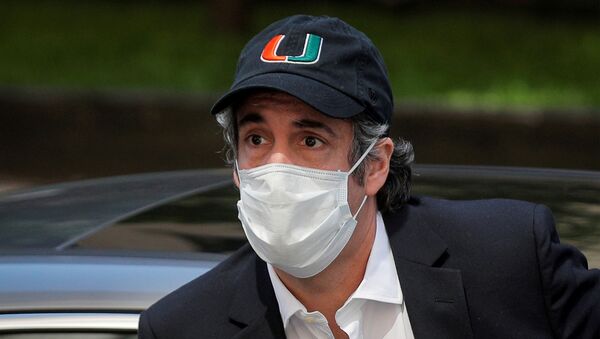 © Brendan McDermid
Subscribe
International
India
Africa
Michael Cohen, the former attorney of US President Donald Trump, is back in federal custody after reportedly refusing to comply with conditions necessary for his home confinement agreement with the Bureau of Prisons (BOP).

"On May 21, 2020, Mr. Cohen was placed on furlough pending placement on home confinement," a Bureau of Prisons official noted in a Thursday statement, according to ABC News. "Today, Michael Cohen refused the conditions of his home confinement and as a result, has been returned to a BOP facility."

However, Cohen’s legal team had a different interpretation of what led to the 53-year-old being handcuffed and placed back into federal custody at the Manhattan court. He had previously been released from New York’s Federal Correctional Institute Otisville and had been ordered to serve the remainder of his sentence from home due to COVID-19 novel coronavirus-related concerns.

"This is not what we came here to do today," Cohen's attorney, Jeffrey Levine, said after Cohen had been taken back into custody. "We came here to work out the terms and conditions of his home confinement." 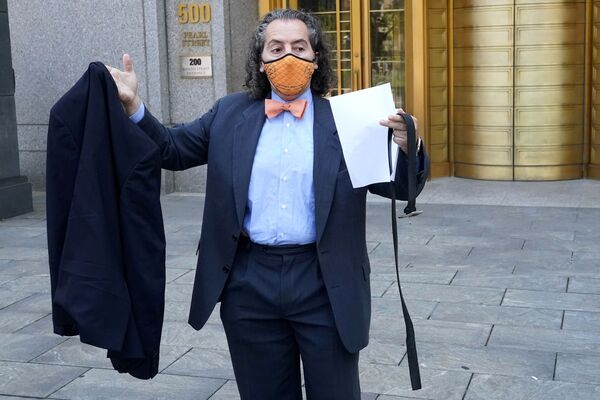 Attorney for Michael Cohen, Jeffrey Levine holds Cohen's belt and jacket up as he tells the media Cohen has been remanded outside Federal Court in the Manhattan Borough of New York City, New York, U.S., July 9, 2020
© REUTERS / Carlo Allegri

Levine, who was seen holding Cohen’s jacket and belt outside the courthouse, noted that his client was “so shaken” upon being taken into custody, according to CNBC. The 53-year-old was then taken to the Metropolitan Detention Center in Brooklyn, New York - the same facility housing Ghislaine Maxwell, who is awaiting trial on charges related to being a co-conspirator of Jeffrey Epstein’s child sex ring.

“I’ve never seen any language like this in my life that would strip a person of their First Amendment rights to communicate with the media,” Levine added.

A source told ABC News that Cohen agreed to a number of stipulations outlined in the home confinement agreement, but took issue with one section which said the ex-lawyer could have "no engagement of any kind with the media, including print, TV, film, books, or other form of media/news,” as well as forbidding him from using social media.

Cohen had taken to Twitter on July 2, exactly one week prior, to announce an anticipated September release date for his Trump-related tell-all book.

The 53-year-old was also recently spotted having dinner with his wife while out at Le Bilboquet restaurant in Manhattan, a move which experts who spoke to the New York Post said may have prompted federal officials to act. According to the Post, which broke the story, they eventually left the restaurant around 11:30 p.m. local time on July 2.

“He didn’t actually refuse to do anything, we were just in the course of trying to resolve this, and BOP just didn’t have anything to do with working anything out,” Levine argued, as reported by
CNBC.

Cohen has been serving a three-year sentence after pleading guilty in 2018 to campaign finance violations and other crimes that were conducted on behalf of Trump. He was originally slated to be released from custody on November 22, 2021.