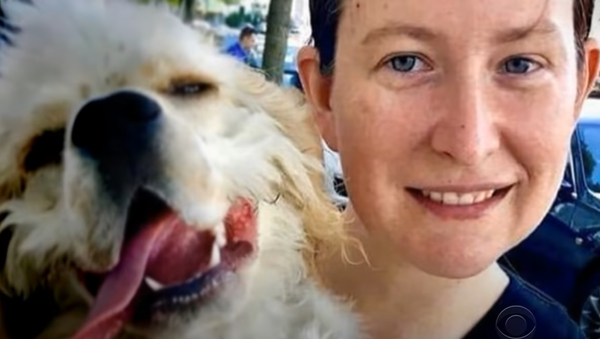 © YouTube/CBS News
Subscribe
International
India
Africa
Amy Cooper, the New York City woman who called the cops on Black bird-watcher Christian Cooper back in May, has been charged with filing a false police report, but the alleged victim of her actions has now revealed that he does not plan to cooperate with the Manhattan district attorney.

The Manhattan District Attorney’s Office announced Monday that it had “initiated a prosecution of Amy Cooper for Falsely Reporting an Incident in the Third Degree” and would be “strongly committed to holding perpetrators of this conduct accountable.”

The new case against Amy Cooper stems from her May 25 encounter with Christian Cooper, a Black bird-watcher who reminded her of the leash law in Central Park’s Ramble while her dog was unleashed. A video of the incident immediately went viral as a representation of the weaponization of white womanhood and led to her firing from investment firm Franklin Templeton.

Christian Cooper, who has accepted Amy Cooper’s apology, told the New York Times on Tuesday that he believes she has been through enough when it comes to her act - which he had previously described to CBS’ Gayle King as “60 seconds of poor judgment.”

“On the one hand, she’s already paid a steep price,” Christian Cooper said in a statement to the New York Times, just one day after the Manhattan DA’s announcement. “That’s not enough of a deterrent to others? Bringing her more misery just seems like piling on.”

In addition to the false reporting charge and her firing, Amy Cooper voluntarily surrendered her dog to the Abandoned Angels Cocker Spaniel Rescue Inc. in New York. However, the rescue organization returned the dog to her last month.

"I'm not a racist. I did not mean to harm that man in any way," Cooper told CNN on May 26, adding that her “entire life is being destroyed right now.”

Josie Rice, president of news outlet The Appeal, tweeted a thread in response to the charge and argued that the Manhattan DA’s case is the “easy solution.”

“It reinforces the idea that justice can only be found in the disastrous carceral system we’ve created,” she said, speaking of the US legal and judicial system.

ask yourself what criminal charges can do to amy cooper that hasn't already been done. has she not faced consequences? she did something absolutely horrible and she lost her job, her dog, her personal business was on the front page of the paper, we all know her face & her story

She posed a final question to Americans calling for police reform: “Why do we believe this racist, violent system can be the solution to racism and violence?”

However, others, such as embattled New York City Mayor Bill de Blasio, believe that it’s good that Amy Cooper has been slapped with the misdemeanor charge.

“Her racist behavior could have had dire consequences for a Black man,” he wrote on Twitter on Monday. “Glad she’ll face consequences of her own.”