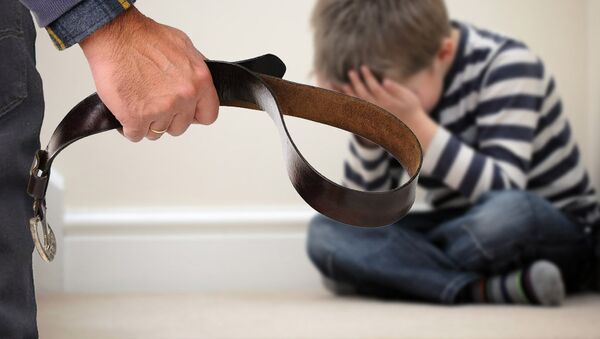 The probe was launched after postal police investigators discovered photos of nude minors and other “horrifying” content, depicting actual sexual violence where the victims were often infants.

Italian police have broken up a sizeable child pornography ring in which sexual photographs and videos of children, including newborns, were shared via instant messaging, according to the Guardian.

The bust involved dozens of home raids and led to the arrests of three people for possessing “huge quantities of pornographic material depicting minors” – in all, 50 people are reportedly currently under investigation.

In some cases, the pornography was produced in the homes of suspects, although it's unknown whether the children involved were related to the abusers. Investigators also didn’t clarify which messaging platform was used in the content’s dissemination, except to say it was “well-known”.

It’s just the latest child abuse scandal to engulf Italy – in June 2019, authorities arrested 18 people including a mayor, doctors and social workers, for "brainwashing" vulnerable children into thinking their parents had abused them, so they could then be sold on to foster parents for sizeable sums.

The arrests were made in the northern city of Reggio Emilia, following a probe launched in 2018, after it was found a network of carers employed vicious methods including electroshock to make children believe they’d been sexually abused.

The network then gave the children to foster families, withholding gifts and letters sent to them by their actual parents hidden in a warehouse, while also forging childlike drawings with sexual themes and using electroshock therapy as a “memory machine” to induce false abuse memories. Therapists repotedly even dressed up as “wicked” children’s story characters.

The investigation, dubbed “Angels and Demons”, revealed a scheme to “pass off as a model welfare system for abused minors what was in reality an illegal business to the children’s detriment” national newspaper La Repubblica reported at the time.

Worse still, some of the foster parents involved were accused of sexually abusing the children they'd 'bought' - it’s unknown how many victims were involved, and how old they were, but it’s confirmed hundreds of thousands of euros were paid to the conspirators involved in the scheme.