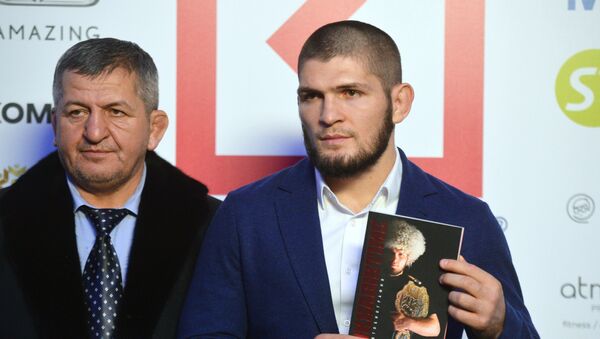 The 57-year-old father of the Russian MMA fighter was admitted to a hospital back in April and was diagnosed with the coronavirus. Medics had to use a ventilator to help him breathe, as Nurmagomedov was suffering from massive lung damage, but his condition deteriorated, so he was put into a medically-induced coma.

"Sad news has reached me, friends, that Abdulmanap Nurmagomedov left this world. I sincerely express my condolences on behalf of the people of Chechnya to the family of Abdulmanap Magomedovich! He passed away, leaving behind a good name and a worthy generation", Head of the Chechen Republic Ramzan Kadyrov said on Friday.

Khabib hasn't commented on the news yet, however, several days ago he published his father's photo on his Instagram account.

The elder Nurmagomedov was a master of sports of the USSR in freestyle wrestling, an Honored Coach of Russia, and known as the most prominent coach in his homeland region - Russia's Republic of Dagestan.

He trained several MMA champions, including his son Khabib (reigning UFC Lightweight Champion), his nephew Umar, and Islam Makhachev, who are both Combat Sambo World Champions in their divisions.