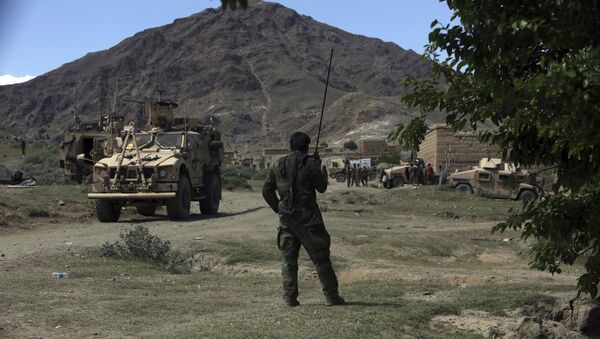 MOSCOW (Sputnik) - Russia sees new media reports about its alleged bounties offered to Taliban militants in Afghanistan to kill US troops there as part of the US' domestic political fight, since forces interested in US military presence in the country use fake news to justify their failure, Russia's special presidential representative said.

"We have already provided a comment on the New York Times' report. There is too much fuss over explicit fake news, which even Trump and his administration have refuted," Zamir Kabulov, Russia's special presidential representative for Afghanistan and the head of the Foreign Ministry's Second Asian Department, said.

"This is a continuation of the intra-party fight. I think it would be shameful to spend too much time commenting on blatant lies. Obviously, there are forces in the United States that do not want to leave Afghanistan and seek justifying their own failure. This is what all this is about," the diplomat stressed.

US President Donald Trump said earlier in the day that the US intelligence told him they did not find the reports credible. The US leader expressed the belief that the "fabricated Russia hoax" could be aimed at making "Republicans look bad."

On Friday, The New York Times published an article where it cited unnamed government sources as saying that Trump had been presented with an intelligence report that claimed that Moscow could have paid bounty to armed Islamic insurgents in Afghanistan to assassinate US soldiers.