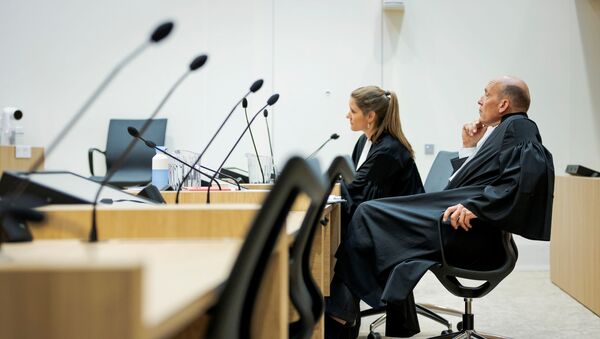 © REUTERS / POOL New
Subscribe
International
India
Africa
MOSCOW (Sputnik) - Netherlands Public Prosecution Service has agreed to postpone hearings in substance of the Boeing MH17 crash case from this fall to February-March of next year as requested by attorneys and representatives of victims, prosecutor Ward Ferdinandusse said on Friday.