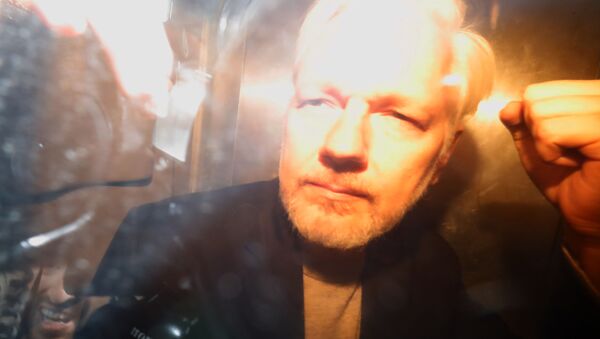 A US federal grand jury has issued a second superseding indictment against WikiLeaks co-founder Julian Assange. While the indictment adds no new charges, it expands the scope of existing ones, alleging he conspired with Anonymous and other hacker groups.

The indictment notes that during speaking tours, Assange actively encouraged other hackers to break into classified systems, including issuing a "Most Wanted Leaks" list. According to the charges, when former US Army analyst Chelsea Manning found the damning classified documents she later leaked via WikiLeaks, she directed her search according to the kinds of leaks WikiLeaks said it wanted.

"Manning searched the classified network for 'detainee+abuse,' which was consistent with the 'Most Wanted Leaks' request for 'detainee abuse photos withheld by the Obama administration' under WikiLeaks's 'Military and intelligence' category," the document states, noting other examples in her searches as well.

Manning was held in contempt of the same grand jury by the US District Court for the Eastern District of Virginia, resulting in her detention for nearly a year and the accumulation of $256,000 in putative fines in an attempt to compel her to cooperate in their investigation of Assange. She was released in March 2020 after attempting suicide.

The indictment also purports to describe communications between WikiLeaks and a group of hackers affiliated with the online hacking group Anonymous, including a splinter group called LulzSec, in which they coordinated both distributed denial-of-service (DDoS) attacks against targets as well as theft of documents that were later leaked by WikiLeaks.

Assange has been detained in the United Kingdom since April 2019 after the Ecuadorean Embassy in London deemed him persona non grata and allowed the Metropolian Police Service to arrest him for a 2012 bail violation. The US DoJ subsequently indicted Assange on 18 counts under the 1917 Espionage Act, charges that could land the 48-year-old Australian in jail for more than 170 years.

He is currently facing extradition to the US to stand trial, but the onset of the COVID-19 pandemic has delayed that process. During his stay in Belmarsh Prison, his health has deteriorated considerably, prompting widespread outcry from doctors, concerned citizens and even the United Nations special rapporteur on torture.