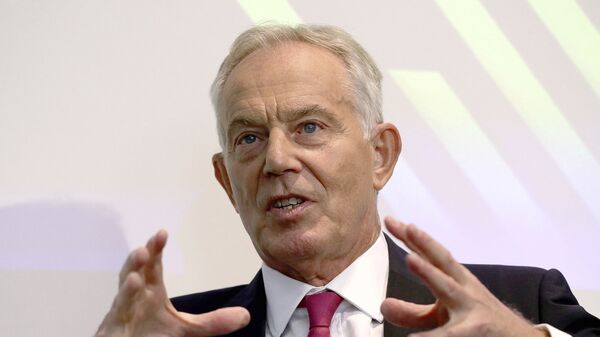 In April, former Prime Minister Tony Blair suggested Boris Johnson's government was "probably slow" in its early response to the coronavirus pandemic, telling Sky News that he "can't see any way out" of the COVID-19 lockdown without mass testing of the public.

Blair, who was in office from 1997 to 2007, cautioned against the decision of the current UK Government to proceed with an easing of lockdown restrictions when coronavirus levels remain "stubbornly high,” adding that this could only be done with the best containment plan of action in place.

As he lauded the mass testing system as imperative for handling the pandemic, Blair suggested that both antigen and antibody tests needed to be used, "which will allow us to test the bulk of the population and do so, if necessary, regularly.”

Instead of current “targeted and controlled” testing, Tony Blair called upon Downing Street to "shift at speed" to introduce a mass testing scheme.

The former Prime Minister cited a study revealed by his think tank, the Tony Blair Institute for Global Change, according to which efforts in Britain are predominantly focused around laboratory-based tests for people displaying coronavirus symptoms, as well as key workers. 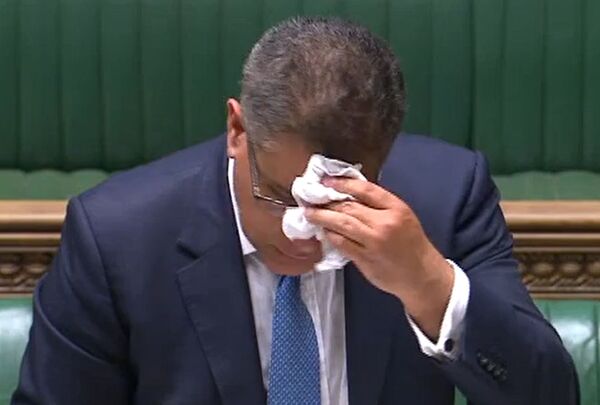 A video grab from footage broadcast by the UK Parliament's Parliamentary Recording Unit (PRU) shows Britain's Business Secretary Alok Sharma wiping his brow as he makes a statement in the House of Commons in London on June 3, 2020, as lockdown measures ease during the novel coronavirus COVID-19 pandemic
© AFP 2022 / HANDOUT / PRU

"The prevalence of the virus means that mass testing is required to continue to screen a high proportion of the population, identifying cases to keep the disease in check and to help large numbers of people make informed decisions about how they should behave based on their disease status,” says the study.

The study suggests an excessive dependence on the much-touted UK track and trace model as a way of containing the spread of the respiratory disease, while pointing out that the system is not fully ready or workable yet.

Mass testing, coupled with “track-and-trace” should work in conjunction to ensure a safe easing of lockdown measures.

"For example, rather than relying on identified contacts self-isolating for 14 days without testing, a mass testing regime would mean that a test would be available once someone is informed that they have come into contact with a Covid-19-positive patient,” claims the study.

Amid cited concerns that early tests may fail to pick up the virus, the research claims that under mass testing, “tests are available for all regardless of symptoms”, while there could also be opportunity for a contacted citizen to take two tests, seven days apart, and if both returned negative. 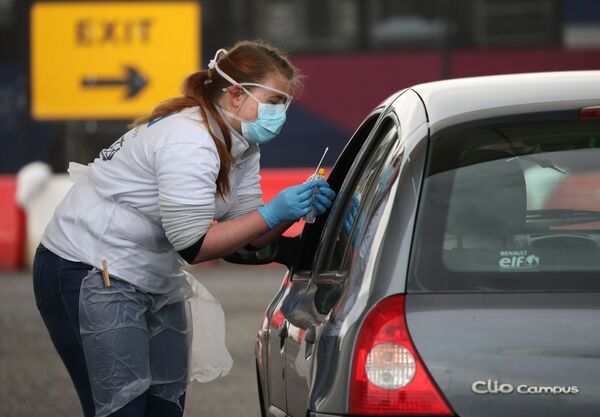 A medical worker tests a key worker for the novel coronavirus Covid-19 at a drive-in testing centre at Glasgow Airport on April 29, 2020, as the UK continues in lockdown to help curb the spread of the coronavirus.
© AFP 2022 / ANDREW MILLIGAN

Such measures, claims the study, would serve to promote early exit from self-isolation for those eligible.

"This differs from the current requirement to self-isolate without being tested unless symptoms develop," says the report.

"In the report we show how the Government has effectively abandoned pillars 3 and 5 of its original mass testing strategy and reverted to targeted testing reliant on lab-based tests for restricted categories of people. We believe this is an error with potentially serious consequences. It will make it harder to give people confidence to return to some form of normality”.

In April Blair addressed the criticism levelled at Prime Minister Boris Johnson and his team over their response to the COVID-19 pandemic, after a report by The Sunday Times claimed ministers had missed a spate of opportunities to mitigate the impact of the virus in the weeks leading up to the lockdown.

Blair acknowledged that the pandemic “is a hellishly difficult challenge, there's never been anything like it.”

At the time his Tony Blair Foundation for Global Change presented a potential exit plan for easing the coronavirus lockdown introduced in March, urging mass testing of the public, "including the development of the community force".

Blair was quoted by Sky News as saying: