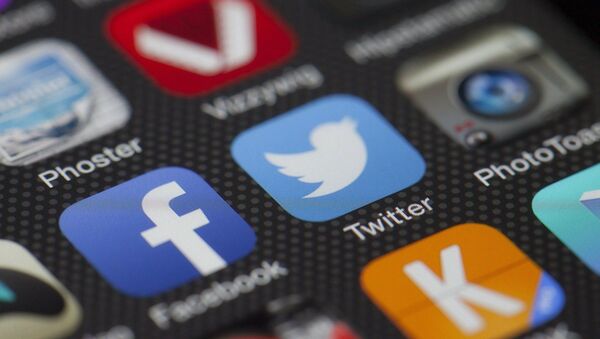 US President Donald Trump has signed an executive order calling for a series of legislative and legal actions to prevent popular social media platforms from policing their users' content.

Sputnik: What can you say about President Trump’s decision to issue an executive order?

Dr Binoy Kampmark: The executive order serves to target social media companies in terms of how they disseminate information, but it is very clear that it is designed to distract from Trump's handling of the coronavirus crisis in the US and while also sowing divisions (for instance, with Mark Zuckerberg of Facebook suggesting that Twitter should never be in the business of being an 'arbiter of truth).

Sputnik: Section 230 of the legislation (Communications Decency Act) provides immunity to websites that moderate their own platforms. How will this new executive order change the rules of the game for social media companies?

Dr Binoy Kampmark: It is unlikely to change the rules that much. It is questionable whether such an order is lawful and is even unclear whether section 230 of the Communications Decency Act will even be altered. According to the White House, the section is merely to be clarified, namely, that "the immunity should not extend beyond its text and purpose to provide protection for those who purport to provide users a forum for free and open speech, but in reality use their power over a vital means of communication to engage in deceptive or pretextual actions stifling free and open debate by censoring certain viewpoints. "

There is also the question of enforceability. The provisions seem all too vague on matters of deception and what constitutes the stifling of free and open debate.

Sputnik: What challenges does this order pose to social media companies?

Dr Binoy Kampmark: It potentially brings in a set of regulatory challenges regarding content. Again, this is something that is vague and might also work in favour of social media companies. The order entrusts the Federal Communications Commission to clarify the new regulations made pursuant to section 230, which is something those companies will be waiting for. According to the order, complaints of any censorship by the social media outlet are to be made to the Department of Justice and Federal Trade Commission, with the FTC having the final determination on whether a violation has taken place.

Sputnik: Earlier Donald Trump accused Twitter and social media platforms as a whole of “totally” trying to “silence conservative voices”, and warning that he and Republican lawmakers would “strongly regulate or close them down before we can ever allow this to happen.” How political was this move by Twitter in the first place in your view, bearing in mind that the US is moving closer and closer to the elections?

Dr Binoy Kampmark: No social media platform can ever claim to be above and beyond politics. Trump is the first Twitter President in history. Twitter has enabled his vast reach to supporters. It is a platform that has been used by political groups globally. It follows that any decision it takes in limiting his communication on the platform cannot help but be political. It is also worth noting that Twitter's de-platforming and limiting of voices recently shows a change of outlook in terms of how the platform is used. Originally, its stance was much like that of Zuckerberg and Facebook.

Sputnik: What are the rules of this flagging for Twitter? For example, if the account is run by a media outlet, this can indeed be a useful tool for combating fake news. But what if this is a personal account and the person is just expressing his thoughts, as this also somehow brings up the issue of free speech?

The Empire Strikes Back: Twitter Flags Trump's Tweet on Minneapolis for ‘Glorifying Violence’
Dr Binoy Kampmark: An excellent question. The point of flagging is problematic because it is unpredictable and entirely based on the company's discretion. Twitter, for instance, made a decision to flag any reference or links to the screed written by the Christchurch shooter Brenton Tarrant citing the Great Replacement Theory and racial hatreds.

The purpose, as with Trump, was to prevent anything that might be seen to glorify violence. The problem in both these cases is that not enabling access to their views and opinions does not enable us to form a clear opinion of what they are up to. Best have Trump noisy on Twitter than silent off it.

This an election year, and the divisions are simply being highlighted. Given that Trump has used Twitter so effectively before, his move against the platform will provide the Democrats ammunition.

It is a feast of irony, given that all sides have shown a hypocritical streak in how they treat social media platforms. They are useful when things go their way; demons when they do not.