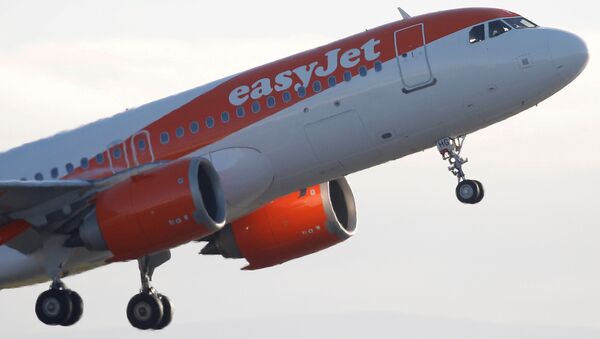 © REUTERS / Phil Noble
Subscribe
The company was forced to ground its entire fleet on 30 March a result of the COVID-19 pandemic and governments' attempts to tackle it. The commercial flights are expected to restart on 15 June.

The UK lowcoster EasyJet is looking to downsize its worforce by nearly 30% in a bid to deal with the repercussions caused by the ongoing coronavirus pandemic.

EasyJet Grounds All Planes Due to COVID-19 as 1,000s of Airline Staff Offered New NHS Jobs
"To effect the restructure of our business, EasyJet will shortly launch an employee consultation process on proposals to reduce staff numbers by up to 30%, reflecting the reduced fleet, the optimisation of our network and bases, improved productivity as well as the promotion of more efficient ways of working", the company said.

According to EasyJet chief executive Johan Lundgren, the move to cut jobs was a "difficult decision" taken at "difficult times", but underlined that the company wants to protect as many jobs as possible in the long-term perspective.

EasyJet is the latest UK company to announce downsizing measures. Previously, British Airways, Ryanair and Virgin Atlantic announced that they intend to cut jobs as well.