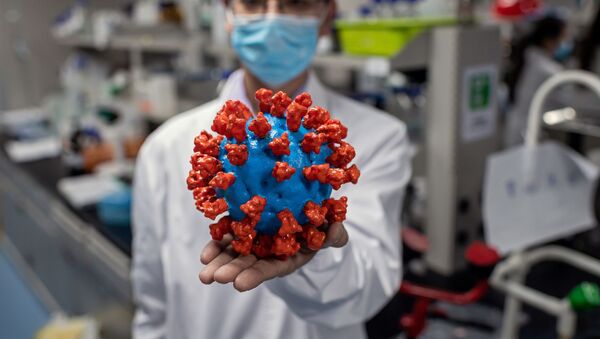 Chinese researchers have reported promising results from an animal trial of a potential vaccine for COVID-19.

Scientists at Shanghai’s Fudan and Jiao Tong universities have developed a vaccine, called ShaCoVacc, which has been found to trigger neutralizing antibodies against the COVID-19 coronavirus in mice.

In a May 15 study published on the preprint server bioRxiv, the researchers found that a single dose of ShaCoVacc resulted in an “immediate and potential immune response” against SARS-CoV-2, the virus that causes COVID-19, “in contrast to an inactivated vaccine which required at least two or three doses  of injections.”

“These results support further development of ShaCoVacc as a candidate vaccine for Covid-19,” the researchers wrote in the study, which has not yet been peer reviewed.

According to the University of Cambridge, RNA vaccines work differently than traditional vaccines, as they introduce an “mRNA sequence (the molecule which tells cells what to build) which is coded for a disease specific antigen.” The antigen, or foreign substance that induces an immune response, then becomes recognizable by the immune system.

The trial did not cause any weight loss in the mice, which means the vaccine is likely not toxic to the animals.

Cai Yujia, one of the researchers, recently told the South China Morning Post that if the team finds a partner to help them develop the vaccine, they will need three or four additional months of pre-clinical research before human trials can be conducted.

“This is academic research, and we are in contact with some pharmaceutical companies on the possibility of developing a vaccine,” Cai said.

Researchers around the world are racing to develop a vaccine against the disease that has killed nearly 330,000 people, according to Johns Hopkins University data.

Last week, US biopharmaceutical company Moderna reported promising results from the first phase of a trial of an mRNA vaccine it is developing with the US National Institute of Allergy and Infectious Disease. CanSino Biologic, a Chinese vaccine company, is conducting phase two human trials of a COVID-19 vaccine, and the company has also received approval from Canada’s Department of Health to carry out additional human trials in the country.