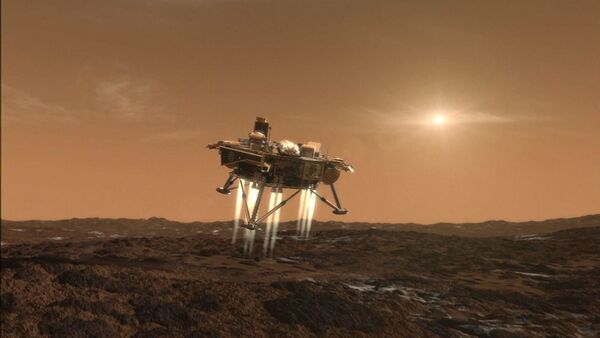 As one scientist explained, one possible application of genetic engineering involves the creation of “designer microbes” to help colonists establish their presence on Mars.

A future manned mission to the Red Planet might require mankind not just to improve its technological capabilities but also to tweak human DNA a bit in order to help them cope with inhospitable conditions there, space.com reports.

According to the media outlet, an astrobiologist at the Lunar and Planetary Institute in Houston named Kennda Lynch said during a recent webinar called "Alienating Mars: Challenges of Space Colonization " (hosted by the New York Academy of Sciences), that technologies like genetic engineering "may need to come into play if people want to live and work and thrive, and establish their family, and stay on Mars".

"That's when these kinds of technologies might be critical or necessary," she said.

Her sentiment was echoed by another participant of the webinar, Christopher Mason, a geneticist at Weill Cornell Medicine, who noted that NASA already uses various medicines to protect astronauts,

"And are we maybe ethically bound to do so?" he mused. "I think if it's a long enough mission, you might have to do something, assuming it's safe, which we can't say yet."

And as Lynch also suggested, genetic engineering might also be employed to create “designer microbes” that would help colonists establish their presence on Martian soil.

"These are some of the things that we can actually do to help us make things we need, help us make materials to build our habitats," she added. "And these are a lot of things that scientists are researching right now — to create these kinds of things for our trip to Mars."