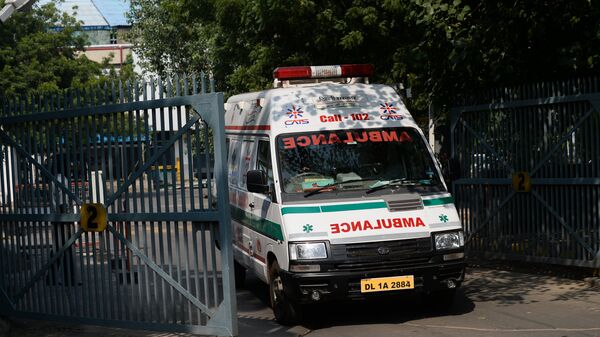 The incident occurred in the Auraiya district, around 200 kilometres (more than 124 miles) from Uttar Pradesh's capital, Lucknow, NDTV reported.

One of the trucks carried migrants, who lost their jobs over the COVID-19 lockdown and were heading from the states of Rajasthan and Haryana to their homes in Bihar, Jharkhand, and West Bengal.

"The Honourable Chief Minister has taken note of the unfortunate incident in Auraiya. He has expressed his deepest condolences to the families of the labourers who lost their lives. He has also directed that all the injured be provided medical care immediately and the Commissioner and IG Kanpur to visit the site and give a report on the cause of the accident immediately", the office of Uttar Pradesh's Chief Minister Yogi Adityanath said in a statement, as quoted by NDTV.

​The restrictions, imposed by the Indian government over the COVID-19 pandemic, caused many labour migrants to return home, sometimes via trucks and other vehicles that are not suitable for transporting people. As a result, India has faced a sharp increase in the number of deadly accidents. Adityanath has already called on migrants to use trains to return home.