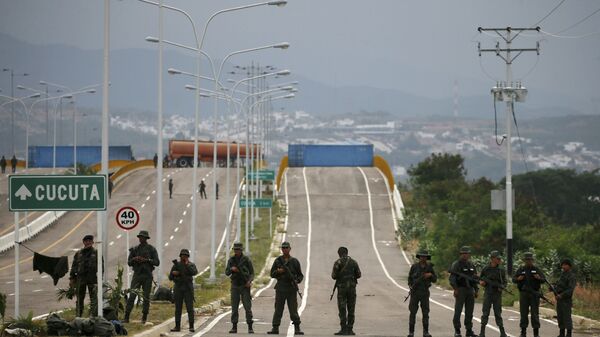 "This is absolutely false. The Colombian position on Venezuela is clear, I have voiced it at all international forums as a foreign minister", Trujillo told the RCN radio broadcaster on late Friday.

He added that Colombia was using all institutional mechanisms to create conditions for political changes in neighboring Venezuela.

Last week, the Venezuelan Prosecutor-General's Office issued arrest warrants for Jordan Goudreau, CEO of the Silvercorp USA private military company, and 21 other people over their role in the recently attempted invasion in the Latin American country.

One of the detained individuals, US national Luke Denman, an employee of the Silvercorp USA private military company, said during an interrogation that the group's aim was to seize the Caracas airport and control it until Maduro would be flown to the United States. Both Washington and Bogota have denied their role in the incident.