'We're Going to Kill Him': Cousin Reveals What Threats Messi Faced in His Youth 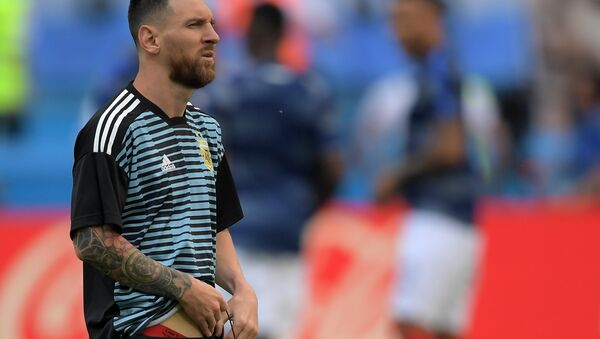 Having won numerous prestigious football awards, Lionel Messi is often regarded as one of the greatest footballers of all time.

It appears that famous football star and multiple Ballon d'Or award winner Lionel Messi exhibited formidable skill as footballer even when he was a kid.

As Messi's cousin, Argentinian footballer Maxi Biancucchi, told Ole newspaper, it wasn't uncommon for Lionel to play against bigger kids during his youth, and they weren't always happy with their opponent's prowess.

"In the neighbourhood he played with us, we were bigger than him, and they told us: 'Crazy, get him out because we are going to kill him. They wanted to hit him, but he put up with it," Biancucchi said as quoted by the Daily Mirror. "When he was eight or nine, I would get up early on Saturdays to watch him play and he'd do impressive things. I could not believe it."

Lionel Messi, 32, has won a record six Ballon d'Or awards and six European Golden Shoes, and is regarded as one of the greatest football players of all time.