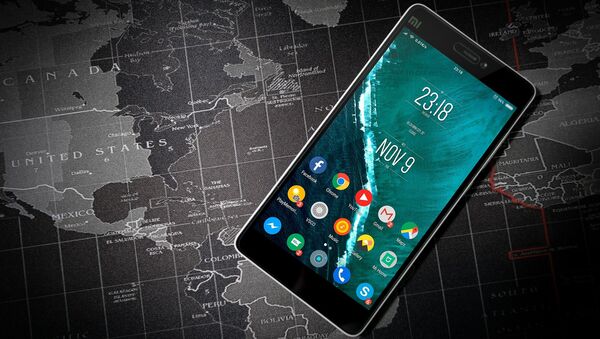 Both models are unproven at this stage. South Korea, seen as one of the most successful countries at tackling Covid-19, has done it without a contact-tracing app. It has however used other surveillance methods that many would consider invasive.

Countries around the world are developing Covid-19 contact tracing smartphone apps to limit the spread of coronavirus and relax lockdown restrictions, according to the BBC.

The aim of the app is to gather information to alert people whether they pose a risk of spreading the contagion and need to isolate.

Contact tracing is a long and laborious process that has been likened to detective work.

It is carried out by public health officials and involves interviewing a patient to identify anyone who they have recently had close contact with.

Health officials then alert these people that they may have been exposed to a virus and often encourage them to quarantine themselves so as to avoid any further spread.

Contacts who are considered to be particularly high risk are intensely monitored to identify any signs of infection.

How does the app work?

Smartphone users will be able to download the app and opt-in to record their symptoms if they start to feel unwell.

A warning alert is then sent to others who they have been in close contact with and also have the app, via Bluetooth signals.

If a person is then confirmed to have been infected by coronavirus, a red signal will be sent to other app users they have been in close contact with.

Currently, the app either tells users: “You’re OK now”, or “You need to isolate yourself and stay at home”.

Essentially, the app aims to identify exactly who needs to self-isolate and who doesn’t, thereby making it easier to lift social distancing measures.

There are two types of contact tracing apps: the centralised and decentralised model.

Both types use Bluetooth signals to log when smartphone owners are close to each other - so if someone develops Covid-19 symptoms, an alert can be sent to other users telling them they may have infected.

Under the centralised model, the anonymised data gathered is uploaded to a remote server where matches are made with other contacts, should a person start to develop Covid-19 symptoms.

By contrast, the decentralised version carries out the process on the phones themselves. And there is no central database that could be used to re-identify individuals and reveal with whom they had spent time. This is the model promoted by Google, Apple and an international consortium.

Advocates for the centralised model say it can give the authorities more insight into the spread of the virus and how well the app is performing.

Supporters of the decentralised approach say it offers users a higher degree of privacy, protecting them from hackers or the state itself revealing their social contacts.

How has contact tracing been used over the world?

Several countries around the world have implemented mass contact tracing in an effort to track and trace the spread of the virus. These are some of the measures in place:

People are given a QR code and an app that classifies them as green, amber or red, with their health status determining where they are allowed to go and what they can do.

QR codes must be scanned before entering public places such as subway stations and shopping malls and in some cities before leaving apartment complexes.

Once potential virus carriers are identified, they are also tested; and anonymised data of coronavirus patient’s movements are published online, enabling others to see if they may have come into contact with anyone infected.

Known as the Covid-19 Smart Management System, it is run by the country’s Centers for Disease Control and Prevention and can analyse a person’s movements in just 10 minutes.

The government is able to trace between 2,000 and 4,000 contacts of coronavirus patients per day, with police and army officers phoning people who may have come into contact with a confirmed case.

On March 20, the country launched the TraceTogether app to track the contacts of those who have been infected, and it claims to have around 1.1 million users - around one-fifth of the country’s population.

The app logs unique codes via Bluetooth signals between nearby phones that have it installed.

The government is getting ready to deploy a contact tracing team of 3,000 civil servants and health workers, along with 15,000 call handlers.

Their telephone tracing will be used alongside the smartphone app which is currently being trialed on the Isle of Wight.

The NHS is also exploring the use of the Apple-Google API, which would entail a switch to the decentralised model.

Every person in Germany who has come into contact with an infected patient in a period of two weeks is tracked down and tested using a smartphone app developed for the Robert Koch Institute.

In the US, each state is taking a different approach to contact tracing.

According to the United States of Care, in Washington, officials are scaling up their contact tracing program to be deployed by the second week of May, with the goal of a 1,500 person workforce including 500 from the National Guard.

California plans to build a coalition of at least 10,000 state-employees to do contact tracing and build on the robust tracing already taking place in 22 counties.

San Francisco is working with the state’s Department of Public Health, University of California San Francisco, and DIMAGI to digitize a workflow to support contact tracing and monitoring of people who are potentially infected with COVID-19.