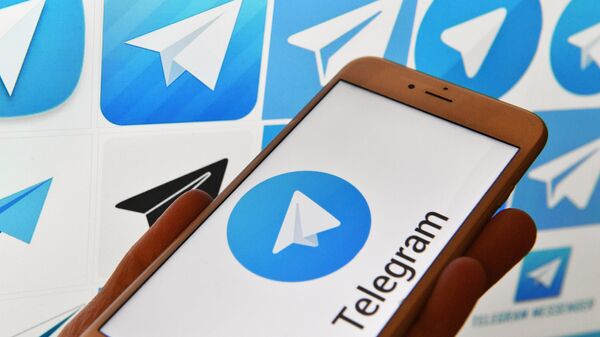 MOSCOW (Sputnik) - The founder of the Telegram messenger Pavel Durov announced on Tuesday the closure of the blockchain platform Telegram Open Network (TON) and its cryptocurrency Gram.

"I am writing this post to officially announce that Telegram’s active involvement with TON is over," Durov said in a statement on Telegram.

Durov also urged not to trust any sites using his name, the Telegram brand or the "TON" abbreviation to promote their projects.

"No present or past member of our team is involved with any of these projects. While networks based on the technology we built for TON may appear, we won’t have any affiliation with them and are unlikely to ever support them in any way. So be careful, and don’t let anyone mislead you," he said.

Telegram announced the development of the Telegram Open Network (TON) blockchain platform with its own cryptocurrency Gram in early 2018. In two closed investment rounds in February and March 2019, the company raised $1.7 billion from approximately 200 investors. But in October, the US Securities and Exchange Commission (SEC) said it had filed a lawsuit against Telegram and its affiliate in connection with the initial cryptocurrency offering. According to the SEC, the company did not properly register the placement of cryptocurrency, thereby violating the law on securities.

The SEC demanded that the court acknowledge the violation, impose penalties on Telegram Group Inc and its subsidiary TON Issuer Inc, and recover the funds they raised in favor of the state. Telegram in this regard decided to postpone the launch of the blockchain platform and cryptocurrencies until the trial in the United States is completed, namely until April 30. A month ago, a US court denied Telegram an appeal against a temporary ban on transferring Gram to customers.