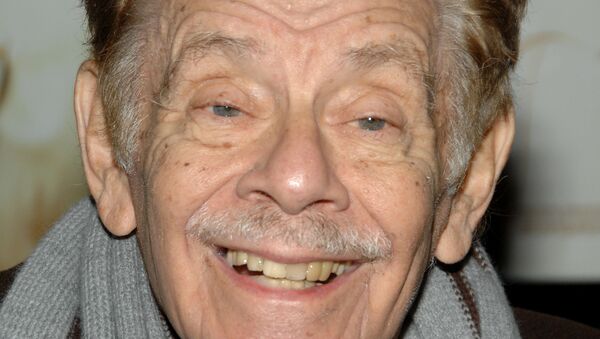 Legendary comedian Jerry Stiller has died at the age of 92 from natural causes, according to media reports; he is survived by his equally well-known son Ben Stiller.

I’m sad to say that my father, Jerry Stiller, passed away from natural causes. He was a great dad and grandfather, and the most dedicated husband to Anne for about 62 years. He will be greatly missed. Love you Dad. pic.twitter.com/KyoNsJIBz5

​Jerry Stiller was best known for starring as George Costanzas’ father Frank on Seinfeld before going on to play Arthur Spooner in The King of Queens.

He spent considerable time with his wife Ann Mira in the comedy team Stiller and Mira. The pair were together from 1954 until her death in 2015. For his role in the Seinfeld series, he was nominated for an Emmy in the 'Best Guest Actor in a Comedy Series' category and won the American Comedy Award for 'Best Funny Role as a Guest Actor in a Television Series' in 1997.