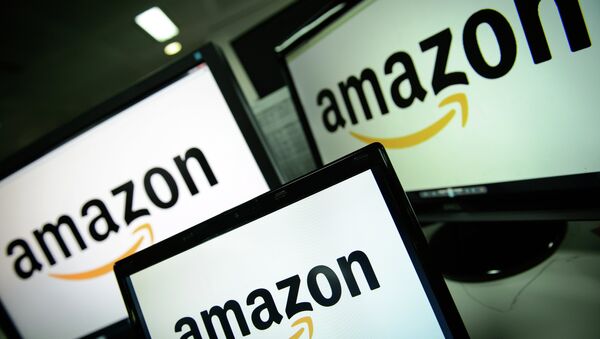 Amid the COVID-19 pandemic, which has badly jolted the world economy, Amazon may be planning to increase its investment in India by raising its holdings in Future Retail Limited from 1.3 percent to 49 percent, media reported on Thursday, citing anonymous sources familiar with the subject.

Future Retail Limited falls under the umbrella of one of India’s major conglomerates, headed by business tycoon Kishore Biyani, and is headquartered in Mumbai city. The company provides supermarkets, hypermarkets, discount stores, insurance and logistic services in India.

As of now, discussions are at an early stage, the reports added.

The news comes at a time when members of the Biyani family have reportedly violated loan conditions, bringing them to a point that they might have to sell their assets.

Explaining the future of the reported deliberations, industry analyst Rakesh Bansal told Sputnik, "The Future Group is not going good. Currently, due the crisis going on in the Biyani family, they are interested in selling their stakes. If any stake sale actually happens in Future Group, people should take the opportunity and exit the group".

"Once e-commerce players are allowed to sell non-essential sales on their platforms, people are definitely going to choose online purchasing over retail, especially due to the coronavirus scare", Bansal added.

Currently, it remains unknown when the deliberations will meet their final course.

In January 2020, Amazon CEO Jeff Bezos landed in India amid protests against him launched by small and medium business owners who accused Amazon and other e-commerce giants of eating away at their businesses with predatory pricing and deep discounting.

Bezos, however, added a billion dollars in investment in India, on top of the $5 billion which the American e-commerce giant had already invested in the country.

At the time, the Amazon CEO also revealed that the platform was aiming at exporting $10 billion worth of “Made in India” goods across the world with its footprint.