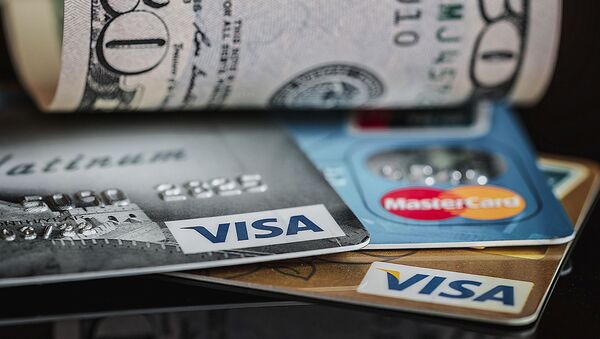 A new survey suggests that more US adults are going into credit card debt as a result of the COVID-19 novel coronavirus pandemic, and many Americans who were already in debt have gone deeper in the hole over the past several weeks.

Approximately 120 million Americans are now in credit card debt, according to the results of a new poll conducted by CreditCards.com (CCDC) which examined the link between the novel coronavirus and US consumers’ debt.

The new estimate from CCDC is based on survey findings that, as of mid-April, showed 47% of US adults were in credit card debt. As a point of comparison, a similar March poll from the credit card comparison service found that 43% of American adults had credit card debt at the time.

Around 23% of those who were already in the hole when the US declared a national emergency on March 13 have accrued even more debt over the past several weeks.

Furthermore, millennials were most likely to be forced into more debt during the COVID-19 pandemic, with 34% of those belonging to the generation reporting that they fell deeper into the hole recently. Approximately 23% of Gen Xers and 15% of baby boomers reported that they went deeper into debt.

Over the weekend, Berkshire Hathaway CEO Warren Buffett made headlines after arguing at his company’s annual shareholder meeting that he believes “people should avoid using credit cards as a piggy bank to be raided,” as reported by Yahoo Money.

While the billionaire’s advice on credit cards is definitely worth considering, CCDC industry analyst Ted Rossman explained to CNBC that a lot of individuals, particularly millennials, had nowhere else to turn other than their so-called “piggy bank.”

“Unlike the previous recessions, [2008] and the Dot Com crash, unemployment happened so suddenly that people were forced to rely on their credit cards,” Rossman said.

CCDC’s research, commissioned by UK-based market research company YouGov, was conducted online from April 15 through April 17 and included responses from 2,552 US adults - including 1,230 respondents with personal debt.

Results of this survey come as 24 out of the 50 US states have called for partial reopenings from COVID-19-related lockdowns, according to the New York Times. State governments have been criticized for putting the economy above individuals’ lives. For example, Georgia Governor Brian Kemp has moved to continue his state’s process of reopening select businesses, despite the fact that findings published on April 29 by the US Centers for Disease Control and Prevention showed that 80% of novel coronavirus patients hospitalized in his state last month were Black.