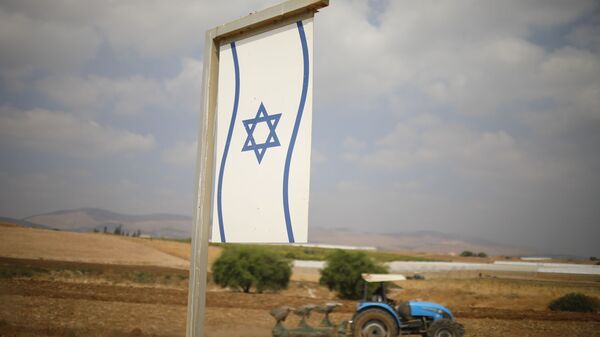 The so called "deal of the century" proposed by US President Donald Trump, which sets out a two-state solution, with Israel extending its sovereignty over the West Bank, was firmly rejected by Palestinian leaders as soon as it was unveiled.

Israeli Prime Minister Benjamin Netanyahu has declared that the United States may soon approve Israel's move to annex parts of the West Bank.

During a video address on 26 April, Netanyahu mentioned the so called "deal of the century" peace plan proposed by US President Donald Trump in January, describing said proposal as a promise to recognise Israel's authority over West Bank settlement land.

"A couple of months from now I am confident that that pledge will be honoured," he said.

While Palestinian officials didn't immediately comment on the Israeli prime minister's remarks, according to Reuters, Palestinian leaders rejected Trump's plan when it was first brought forward.

This development comes after Netanyahu set 1 July for the start of cabinet discussions on extending Israeli sovereignty to Jewish settlements in the West Bank and the Jordan Valley's annexation.

Such a move, however, would have to be agreed with the United States, as per the deal Netanyahu made with his political rival Benny Gantz to form a unity government.

On 28 January, Trump unveiled his much-touted Deal of the Century during a joint press conference with Netanyahu in Washington.

The plan sets out a two-state solution, with Israel extending its sovereignty over the West Bank and keeping Jerusalem as its "undivided capital".