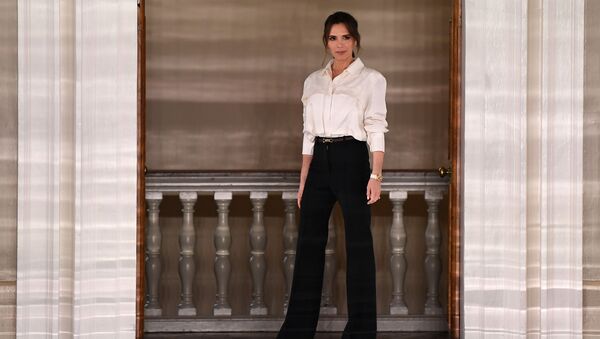 Victoria Beckham’s fashion business has reported heavy losses over the years and has sustained itself with cash injections by its shareholders most notably her husband, former footballer David Beckham.

“This furlough scheme is not for prima dona millionaires like you two, running a failed vanity business that makes no money”, Morgan sniped in a morning rant on 20 April 2020.

When co-anchor Susanna Reid challenged Morgan to explain what the furlough scheme was for, he repeated the claim that, it "is not to prop up multi-millionaire vanity projects like her fashion business that make no money”.

Piers Morgan - Why is it fair or sensible to allow Victoria Beckham, who's family is worth £350m, to furlough her staff at the taxpayer expense ... shouldn't they probably stomach this themselves.

Oliver Dowden - They should ask themselves if they have to rely on the taxpayer. pic.twitter.com/gD6ecwk8P8

Morgan’s complaint was in response to widespread reports that Victoria Beckham Limited will be furloughing 30 members of staff, and using public funds to cover most of their salaries, despite the fact that both she and her ex-football star husband David Beckham have the financial means to cover their staffs wages.

He described their decision to use public funds under the UK Treasury’s job retention scheme “completely tone deaf”.

“I just wonder whether it’s personal rather than... you know, it’s about Victoria Beckham rather than about a British business and trying to save…” Reid replied before Morgan cut her off.

“It’s not about British business” Morgan insisted. “It’s about a vanity project for her that he props up. And we’re paying for it. Sorry, I don’t want it. Maybe I’m wrong. Maybe Good Morning Britain viewers today - many of whom will have lost their jobs, many of whom are earning no money, many of who are terrified about the future...”

Reid pointed out that the “whole point of the scheme is to protect jobs, isn't it?”, but Morgan remained unconvinced until the end of the segment.

The UK government’s job retention scheme became active at 8 a.m. on 20 April. The Treasury says it will cover 80 percent of salaries up to £2,500 a month. The Beckhams announced that they will top up the rest of their employees’ salaries and that Victoria won’t be taking her own salary and will be donating 20 percent of their profits from online sales to food shelters, Reid said in her defence.

Victoria Beckham Ltd reported loses of £12,292,627 as of 31 December 2018, according to the most up to date records available at Companies House.