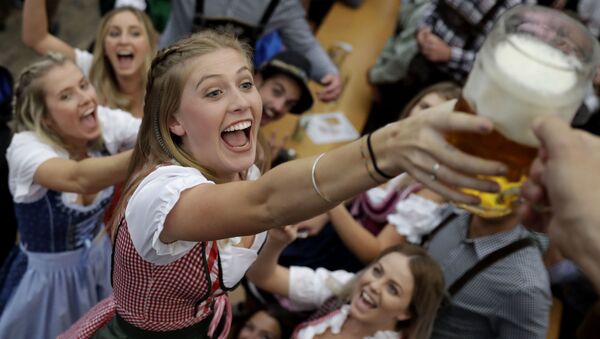 MOSCOW (Sputnik) - Authorities in the southern German state of Bavaria plan to cancel this year's edition of Oktoberfest in the main regional city Munich over coronavirus concerns, media reported on Monday.

The Bavarian governor, Markus Soeder, and Munich Mayor Dieter Reiter are scheduled to make an announcement on the "current status" of the beer fest at a press conference on Tuesday morning.

But the German tabloid Bild cited government sources as saying that the two had decided to cancel the event over the coronavirus epidemic.

The world's largest folk festival was to begin on September 19 and continue through October 4. It attracts millions of visitors every year, around 15 percent of them foreigners. Munich businesses have unsuccessfully proposed restricting this year's attendance to locals.