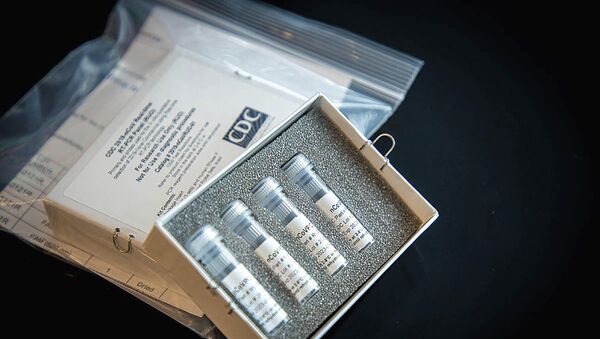 The problems with the tests were allegedly found in January at 24 of the 26 public health labs that had received test kits from the Centres for Disease Control and Prevention (CDC), media reported, citing unnamed sources.

The production of coronavirus test kits by the CDC was delayed for nearly a month, as the laboratories developing the kits had violated manufacturing practices that led to contamination of one of the three testing components, the Washington Post reported Saturday.

The violation reportedly occurred after chemical mixtures were assembled into the kits in the same lab space where synthetic coronavirus material had been handled earlier.

The CDC efforts “were not sufficient in this circumstance” and the agency has “implemented enhanced quality control to address the issue”, the CDC said, as quoted in the article.

According to a New York Times report, citing the officials of the national Food and Drug Administration (FDA), the faulty testing kits were created at two of the three CDC laboratories in Atlanta.

“CDC did not manufacture its test consistent with its own protocol”, Stephanie Caccomo, spokesperson for the FDA, said in Saturday's statement to the paper.

The Department of Health and Human Services is now investigating the production and dissemination of the test kits.

The US has so far confirmed more than 690,000 cases of COVID-19, including at least 35,400 fatalities, according to the Centres for Disease Control and Prevention.