The Big COVID-19 Question: At What Point Does a 'Lockdown' Cost More Lives Than It Saves? 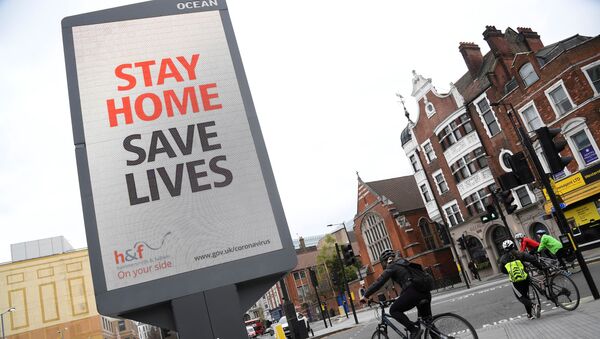 Neil Clark
All materials
The UK COVID-19 ‘lockdown’ –if we can call it that with the airports still open- is being renewed for at least another three weeks, but could it be that the government measures will soon be costing more lives than they save?

"If we rush to relax the measures that we have in place, we would risk wasting all the sacrifices and all the progress that has been made". These were the words of Dominic Raab, the stand-in for Prime Minister Boris Johnson, at the UK government’s COVID-19 press conference on Thursday. But it is important to realise that the ‘lockdown’ is not a zero-sum game. While most people understand that the less we mingle with others, and the more we keep our physical distance, the less risk of people becoming infected with the Coronavirus, there’s a downside too. The longer the lockdown continues the greater that downside becomes.

Consider the ONS death statistics for England and Wales for the week ending 3rd April.

With an increase of over 6,000, the total of 16,387 was the highest level of deaths in one week since weekly statistics began in 2005.  Out of those 6,082 excess deaths, just over half of them (3,475) mentioned COVID-19. But 2,607 didn’t. Now it could be that a percentage of these were undiagnosed COVID-19 deaths. But all of them? It is likely that non-COVID deaths are running higher than normal too.

Why would that be- at a time of the year (spring) when deaths usually fall?
The reality is that many Britons are not going to the doctor’s, or to hospitals either because they are frightened of contracting COVID-19, or because their treatment is being cancelled.

The UK government made it quite clear that they wanted people to keep away from hospitals as much as they could in order to ‘protect the NHS’ for what they believed would be a surge of COVID-19 cases which would overwhelm the system. There was a policy of discharging as many patients as possible from NHS beds. But this policy of ‘freeing’ up hospital beds looks like it is claiming lives too. It was reported earlier in the week that the NHS has four times more empty beds than normal. 40.9% of acute beds lie unoccupied.

Dr Malcolm Kendrick, an NHS doctor, writes on RT: "The focus, the entire focus, has been to clear patients out of hospitals, waiting for the deluge of patients. This has been so effective that, in my area of Macclesfield in Cheshire, the local hospitals have never been so empty. There are wards with no patients in them."

The prioritizing of COVID-19 has meant that large numbers of Britons are not currently getting the medical treatment they require.
A relative of mine was having treatment for throat cancer. That has been put on hold. The consequences of the delay could be fatal.
The postponement or cancellation of non-COVID-19 medical treatment is very serious but is not the only downside of the lockdown.

Think of the impact on mental health. Many elderly people, particularly those who live on their own, felt isolated enough anyway, now they are not supposed to even go to the shops. As John Pilger put it ‘Isolation is a proven silent killer. The UK government is silent about the ‘expert’ estimate of 150,00 deaths as a result of the lockdown’. Staying at home might be a nice change for a week or two, but for ten weeks? It would be enough to make even the most happy-go-lucky person feel depressed.

Then, of course, there’s the economic impact of the lockdown- and its knock-on social effects. Each day of the UK lockdown is calculated to be costing us around £2.4bn. When things do return to something like normal, we can be sure that the burden of paying for the government ‘assistance’ during the shutdown will be paid by ordinary people, and not the high-ups.

The longer the lockdown goes on, the more severe the austerity measures will be afterwards. And we know only too well how austerity is a killer. Unemployment is likely to rocket, with so many businesses going bust, and there’ll be a consequent rise in suicides and alcohol/drug addiction.
While a shutdown of around three weeks was just about bearable, for our society and economy, it is worrying that the UK government doesn’t seem to have a clear lockdown exit strategy. How can it, when it is still allowing in unchecked flights from abroad, and the UK is bottom of the table of 30 countries for testing?

Because of the UK government’s herd immunity accelerate/brake approach, we are likely to be staying under lockdown for much longer than we would have done had different measures been taken at the start.
It could well be that, as we near the start of week five we have already reached the stage where the lockdown is costing more lives than it saves. What the UK government should be doing to raise sagging national morale is to publish a timetable showing how they will gradually ease the current restrictions in May. Vitamin D is great for the immune system, so why are we being told to ‘stay indoors’ when it’s actually better for us to be outside in the sunshine (so long as we observe sensible social distancing).

Why isn’t the prospect of a phased regional easing of the lockdown being discussed?

In Austria garden centres and small shops are reopening. There’s a plan, there’s a timetable, there’s hope. But in Britain, there seems no-one has any idea of what comes next. So it’s not surprising that people are feeling increasingly demoralized.