Study: COVID-19 May Have Started in September 2019, South of Wuhan 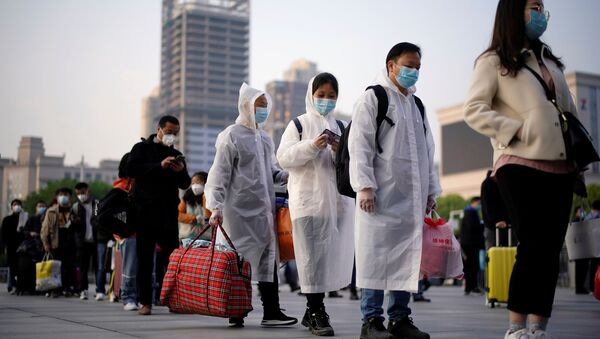 UK researchers at the University of Cambridge believe that the spread of the COVID-19 coronavirus could have started as early as mid-September and originated further south than the Chinese city of Wuhan.

The researchers published their findings on April 8 in the journal Proceedings of the National Academy of Sciences (PNAS).

“The virus may have mutated into its final ‘human-efficient’ form months ago, but stayed inside a bat or other animal or even human for several months without infecting other individuals,” University of Cambridge geneticist Peter Forster said Thursday, the South China Morning Post reported.

“Then, it started infecting and spreading among humans between September 13 and December 7, generating the network we present in [the journal] Proceedings of the National Academy of Sciences [PNAS].”

To arrive at their findings, the researchers analyzed various coronavirus strains using a phylogenetic network, a mathematical algorithm that can trace the movement of organisms in the world through their gene mutations.

“What we reconstruct in the network is the first significant spread among humans,” Forster explained.

In a phylogenetic network analysis of 160 coronavirus genomes, the researchers found “three central variants,” which they named, A, B and C, with “A being the ancestral type according to the bat outgroup coronavirus,” the paper’s abstract states.

“The A and C types are found in significant proportions outside East Asia, that is, in Europeans and Americans. In contrast, the B type is the most common type in East Asia, and its ancestral genome appears not to have spread outside East Asia without first mutating into derived B types, pointing to founder effects or immunological or environmental resistance against this type outside Asia.”

Up until January 17, almost all of the virus genomes in East Asia were type B. However, in Guangdong, a coastal province of southeast China, seven out of the 11 genomes were type A.

“These case numbers are small because few genomes are available for the early stage of the outbreak, before the Chinese New Year travel pre-January 25 would have started mixing patterns up geographically," Forster explained.

In a follow-up study, which has not yet been peer-reviewed, Forster and his colleagues are examining a larger database of 1,001 coronavirus genome sequences from around the world, which may help them map the virus’s spread more precisely, the South China Morning Post reported. Although the researchers are still trying to determine where patient zero was located, they suspect the outbreak may have started south of Wuhan.

“If I am pressed for an answer, I would say the original spread started more likely in southern China than in Wuhan. But proof can only come from analyzing more bats, possibly other potential host animals, and preserved tissue samples in Chinese hospitals stored between September and December. This kind of research project would help us understand how the transmission happened, and help us prevent similar instances in the future,” Forster explained.

The first known COVID-19 case in the world may have appeared on November 17, according to Chinese government data obtained by the Post. However, the full-fledged outbreak in Wuhan is believed to have started some time between December 12 and December 29.