Saudi Aramco to Deliver to Market 8.5Mln Bpd of Oil Starting 1 May 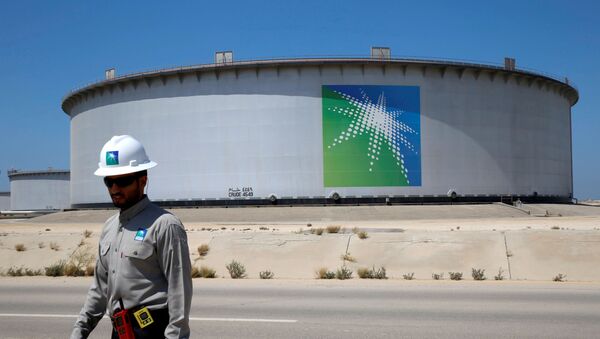 MOSCOW (Sputnik) - Saudi Arabia's state oil company Saudi Aramco announced on Friday it would be delivering 8.5 million barrels of oil per day to the market starting 1 May.

"Saudi Aramco announced it will be providing 8.5 million barrels of oil daily to its clients starting May 1," the company said in a statement.

OPEC+ countries, as well as oil producers from the wider G20 group of nations such as the US, Brazil and Canada, reached what many have called a historic agreement on Sunday. The deal has been designed to reduce oil production by 9.7 million barrels a day for two months within the OPEC+ group starting from 1 May, and possibly up to 15 million barrels of oil per day with G20 nations taken into account.

The market has reacted modestly to the agreements as prices on Monday have jumped up by some 4-7 percent.

On Tuesday, the price of Brent crude futures fell below $30 per barrel for the first time in past six trading sessions, as it was trading in the range $30-$37 last week on expectations of large cuts by the OPEC+ group.