Video: US Claims 11 Iranian Vessels Made 'Dangerous Approaches' of Ships in Persian Gulf 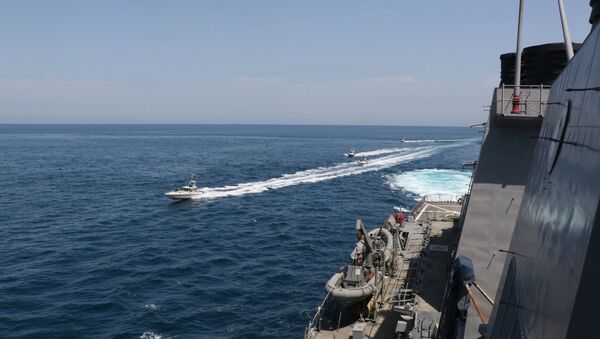 The US Navy has claimed that nearly a dozen Iranian vessels conducted "dangerous and harassing approaches" of several US ships that were engaged in exercises in the Persian Gulf on Wednesday.

According to a statement from US Naval Forces Central Command in Bahrain, 11 vessels from Iran's Islamic Revolutionary Guard Corps Navy (IRGCN) harassed several US warships engaged in exercises in the northern Persian Gulf on Wednesday.

"The IRGCN vessels repeatedly crossed the bows and sterns of the US vessels at extremely close range and high speeds," the statement says, noting that some passed within 50 yards of the bow of the expeditionary mobile base vessel USS Lewis B. Puller and within 10 yards of the USCGC Maui, a US Coast Guard cutter of the Island-class. 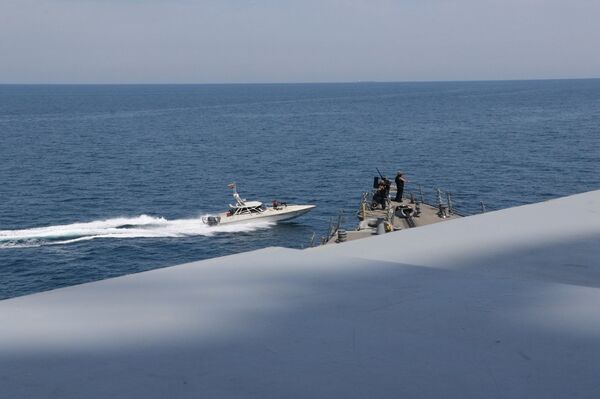 The other US vessels were the guided missile destroyer USS Paul Hamilton, the patrol ships USS Firebolt and USS Sirocco, and Coast Guard cutter USCGC Wrangell. The Navy notes they were engaged in operations in international waters with US Army AH-64E Apache attack helicopters.

According to the US Navy, their crews issues multiple warnings over radio, blasts from the ship's horns and with long range acoustic noisemakers, which took the Iranian boats roughly an hour to acknowledge. 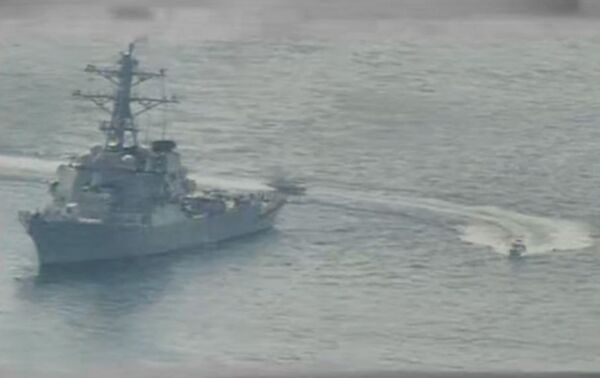 A video shared by the US Fifth Fleet on social media shows two Iranian vessels passing in front of several US warships, which blow their horns in response.

​The US has been conducting military operations in the Persian Gulf since late March, with the amphibious assault ship USS Bataan and its battle group arriving in the waterway in early April. The area has become an international flash point, as it is situated between regional rivals Iran and Saudi Arabia, the latter of which is a US ally, and a large portion of the world's seaborne petroleum trade passes through the waterway.